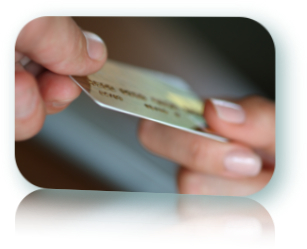 Credit card applications have always been a bit tedious and sometimes intrusive, but as reported on the Wall Street Journal site, new products are making it possible for credit card companies to look even further into your personal information before making a determination about credit. If you have applied for a credit card recently you may have already noticed that some companies are asking for more information than they used to. These requests, as it turns out, are just the tip of the iceberg.

There was a time not so very long ago, when credit card companies issued just about anyone a card. They even regularly upped your limit without you even having to ask, sometimes when you did not even want or need the extra credit. They relied solely on a consumer’s credit rating and good faith that the person would regularly pay back his debt. However, with the plummeting of the economy has come a great deal of hesitation among those in the credit card industry and the government has also stepped in to add some new regulations.

Just Between You, Me…and the Credit Card Company

The Federal Reserve is making it so that credit card companies are required to take a consumer’s estimated income, debt and assets into consideration before determining whether she will be granted a card and what the limit will be. Some companies such as Chase and Bank of America are already asking consumers to provide household income estimates and Capital One is requiring information about current payments, investments and savings. In addition to this, more invasive technology will soon be in place.

When filling out one of these new credit card applications it may be tempting to fudge the numbers a little to tilt the credit scales in your favour, but you had better think twice before taking this route. Some of the larger credit bureaus have created products that will estimate a person’s income from the numbers in his credit report. The consumer very well may not even be aware that this information is being checked. Of course these products do not offer exact numbers, but will give the credit companies a general idea of a consumer’s financial situation and whether or not application information is accurate.

They are Not Alone

In some cases, income tax information is now being used by mortgage lenders to check the incomes of potential borrowers. Where pay stubs and bank statements were once all that was needed to request a mortgage, lenders are now asking for tax returns and information from the IRS (with your permission in the form of a specific piece of paperwork).

Where to Turn if You Can’t Get a Card

People often rely on their credit cards when a sudden cost comes up that they were not expecting. They charge the amount and then pay it off when they get paid. If the new credit card rules prevent you from being approved for a card all hope is not lost. You can cover unexpected expenses in much the same way with a payday loan. Requesting online is fast and easy and you will have the money you need now and then pay it off when you get paid. In contrast, you will not have to disclose income information.