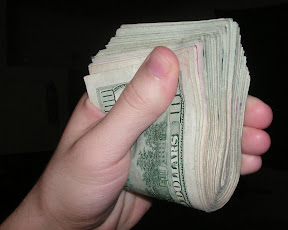 Black Friday shoppers used more cash than credit cards. As the need to keep debt levels down came into sharp focus over the past couple years, Americans have been learning the value of only using their own money. In fact, use of fast cash increased by 50 percent.

Black Friday is usually one of the biggest binges for use of credit cards. Black Friday shoppers fill malls and stores nationwide, trying to score great stuff at rock bottom prices. Fewer people, however, are willing to forgo the use of their payday cash in hand in lieu of adding to their debt burden with credit cards. It’s better, after all, to cut back and maybe skip buying the new iPod for a week or two, rather than get out the VISA, MasterCard or Discover and wind up running for a payday loan come January. Not only are Americans aware of that, they are starting to leave the cards alone, according to Reuters. A study by America’s Research Group and UBS estimated that only 16.3 percent of Black Friday shoppers used credit cards on Black Friday 2010, whereas 30.9 percent did in 2009.

Not only did fewer people send themselves running for payday loans and hurtling down the road to needing debt relief from credit cards,  they also cut back on how much they spent. This year, the average amount paid per purchase — with the rise in use of cash, checks and debit cards — was about $41 per purchase, compared to $87 per transaction with credit cards. Consumer spending overall is up, and it appears that it is mostly responsible spending.

Most debt is bad

Debt is not such a great thing. More people seem to be getting acutely aware of this idea. People restraining themselves from getting massive installment loans from the card companies, and saving up for big purchases is an incredibly healthy thing.