Use of Installment Loans Skyrockets as Market Share Explodes 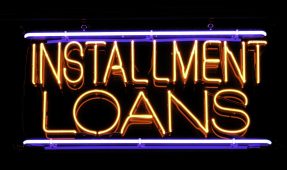 To keep their finger on the pulse of the financial well-being of everyday Americans, organizations like the Center for Financial Services Innovation, or CFSI, completes money-based studies and surveys. A recent assessment found that underserved American consumers paid an estimated $141 billion in interest and fees during 2015. These fees were generated from $1.6 trillion in total financial activity. The report also determined that installment loans are commanding a growing market share for small-dollar loans because of regulatory and marketplace pressures.

According to 3BL Media, when it comes to small-dollar loans, regulatory action is pushing borrowers to installment loans, causing growth in the financial sector. While these statistics show that installment loan lenders are benefiting, the numbers also reveal that a large number of Americans are financially underserved.

Jennifer Tescher, the President and CEO of the CFSI, said, “This year’s study reveals a shifting mix of marketplace trends and pressures driving those costs as an ever increasing percentage of total financial activity. In particular, auto insurance and subprime installment lending present enormous opportunity for financial providers and innovators.”

Along with determining that more people are taking out installment loans online, the CFSI study also found that the country’s overall financial activity increased from $1.5 trillion in 2014 to $1.6 trillion in 2015. This comes to a rate of 4.3 percent. In addition to the overall volume growth, spending on interest and fees grew by about 6 percent.

The CFSI report established that personal marketplace loans grew at a faster pace than other financial products while storefront and online payday loans dropped the most at a rate of 23 percent. The agency attributed the fluctuation in the financial segment to a shift in the available loan alternatives for borrowers. Subprime credit cards and installment loans became the alternatives.

One area that is now negatively affecting underserved consumers is the growing cost of car insurance. The recent CFSI assessment tracked this category for the first time in 2015, and it found that this group of consumers spent more on car insurance premiums during 2015 at $36.5 billion than they did for fees and interest on subprime car loans, which came in at $24 billion. On average, consumers who fell into the underserved category paid an estimated 26.5 percent more for these premiums than did fully served consumers for similarly valued vehicles.

The study also determined that consumers are spending the most for fees and interest on long-term loans by a margin of about two to one. The total spending in this category came to around $55 billion. Most of the loans that are accumulating fees and interest are student loans and money borrowed at subprime rates for cars.

Pew Charitable Trusts reports that all of the largest payday loan lenders are now offering online installment loans. Borrowers can repay these over time, but to secure them, lenders require access to the person’s checking account. The transition to installment lending has occurred across the country with auto title and payday loan lenders offering them in 26 of the 29 states in which they operate.

A Loan Setup That’s Unaffordable for Too Many Borrowers

Research shows that the conventional payday lending model is unaffordable for too many borrowers. It also causes repeat borrowing and encourages indebtedness that lasts much longer than lenders tend to advertise. The statistics regarding the debt levels of consumers caught the attention of the Consumer Financial Protection Bureau, or CFPB, causing the agency to propose a set of regulations for short-term loan lenders.

Among the CFPB’s many proposals is one that will require lenders to allow borrowers to repay small-dollar loans in installments. The installment terms was tested in Colorado, and researchers determined that this type of repayment setup was less harmful to consumers than loans that require a lump sum repayment. Along with this study, a national survey found that 79 percent of payday loan borrowers prefer installment repayment terms.

While the CFPB currently has the authority to enact many of the protections that it has proposed, such as establishing installment loan repayment terms and requiring lenders to confirm that borrowers make enough to repay a loan, the agency is unable to limit interest rates. Because of this, high-cost online installment loans will continue to be offered to desperate borrowers.

Lenders are making the shift to installment loans because of three main factors, which are customer preference, the desire to avoid consumer protections that are now in place for lump sum repayment loans and regulatory pressure.

How Affordable are Installment Loans?

While the longer repayment terms that come with installment loans online make it easier for borrowers to pay their financial institution back, the payment amount continues to be too high for many. When payment amounts are unaffordable, it can cause the same kind of problems that occur in the traditional lump-sum loan division. This includes overdraft problems, rolling over loans and the need for an infusion of cash to pay off this type of debt.

Often, the payment amount for an installment loan is higher than five percent of a person’s income. When this is the case, borrowers struggle to keep their installment loan payments current. Along with borrowers having trouble affording the payment, installment loan lenders usually have access to borrowers’ checking accounts, which means that they may be withdrawing their payment before borrowers have paid for the basics like housing costs, food expenses and utility bills.

To make installment loan payments affordable, regulators should require lenders to set up repayment terms that are no more than 5 percent of a borrower’s monthly income. Research shows that the 5 percent amount fits into the budgets of most payday loan borrowers.

Lenders should also eliminate fees from their request procedure. It’s common for small-dollar loan lenders to require borrowers to pay large upfront origination fees. This custom essentially penalizes borrowers who pay their loans off earlier than the due date.

For lenders, these added fees increase revenue and provide a considerable incentive for them to urge borrowers to refinance their loans so that they can obtain additional fees. This problem can be solved by regulators making it a requirement for lenders to spread fees and interest charges out over the life of a loan instead of front-loading them. This will make these loans more affordable for borrowers while ensuring that lenders remain profitable.

Reasons for Skyrocketing Use of Installment Loans

The reasons for the dramatic increase in installment loans are varied. Much of the surge is due to pending regulations proposed by the Consumer Financial Protection Bureau that will make it more difficult for lenders to offer payday loans. As a result, many payday lenders are switching to installment loans instead of the traditional payday loans that were once the primary product that they offered.

Furthermore, as consumers increase their understanding of personal finance, many are realizing that it is more practical to budget for a fixed monthly payment than it is to try to save up for a lump-sum payment. Many borrowers can also qualify for a larger loan with an installment loan than they can with a payday loan.

Since payday lenders typically do not report cash advance loans to the credit bureaus, these loans do not help borrowers improve their credit scores. Borrowers who want to establish or improve their credit history often prefer an installment loan from a lender who will report to the credit bureaus. In addition, installment loans typically have a much lower annual percentage rate than payday loans.

How Much Are Installment Loans Increasing?

Recent statistics have not yet been released that encompass the entire nation. However, the California Department of Business Oversight recently released a report on installment loan activity within the state. The report stated that there was a 48.7-percent increase in the total dollar amount of consumer installment loans made by lenders other than banks during 2015. For loans of less than $2,500, the increase was approximately 30 percent; approximately 18.5 percent of the increase involved loans of more than $2,500. The combined principal of all consumer installment loans made in 2015 by lenders other than banks exceeded $34 billion.

What Qualifies as an Unsecured Installment Loan?

As defined by Credit.com, an installment loan is an agreement in which the borrower receives a specific amount of money that is to be repaid in installments. Borrowers agree to repay the principal and interest in a series of monthly payments that are roughly the same amount every month. For example, a borrower might receive a loan of $300, and the repayment plan might be six monthly payments of $71 each and a final payment of $69. If the borrower does not pledge his car title, home or other collateral, the loan is said to be unsecured.

Installment loans are not revolving lines of credit. With a credit card, for example, the borrower has a specific credit limit, and once that limit is reached, he cannot make additional charges. As he makes payments on the balance, however, he can make additional charges. Credit cards are a type of revolving credit. With an installment loan, if the borrower needs additional funds, he must refinance his existing loan or secure another loan.

Every lender has a policy for approving applications for installment loans. To borrow from a bank, borrowers often need to have a credit score in the 600 to 650 range. However, there are many lenders who will make installment loans to borrowers with bad or no credit. These lenders rely more on their evaluation of a borrower’s ability to make the monthly payments. They often look at factors such as income, employment history and the borrower’s debt-to-income ratio when making a decision.

The Consumer Financial Protection Bureau, also known as the CFPB, is an independent federal agency that was established in the aftermath of the financial crisis of 2008. The primary function of the CFPB is to protect consumers from unfair or abusive practices related to financial transactions. Payday lenders have been high on the CFPB’s list of priorities since the agency was created.

Is an Installment Loan the Answer to Temporary Financial Problems?

Installment loans can be a valuable financial tool for many people. However, like any credit product, borrowers should make sure that they will be able to make monthly payments on time without sacrificing necessities or paying other bills late.

Changing to Fulfill a Financial Need

Installment loans are commanding a growing market share of small-dollar loans due to limited resources for under-served American consumers. Loans that fall under the installment umbrella have longer repayment terms, making them easier to repay. Not only are consumers more able to repay installment loans, but this type of setup also helps them become accustomed to how the traditional loan market works. To learn more about installment loans online, visit the Personal Money Store.