Installment Loans: A Strong Option When Credit Access is Limited

Do Race and Ethnicity Restrict Access to Traditional Credit? 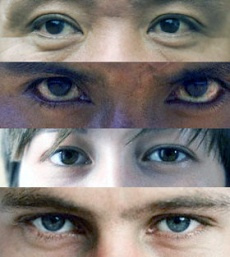 Installment loans have been there for people from all walks of life who have been failed by the traditional credit and lending system. (Photo: flickr.com)

You’ve more than likely heard the call to arms “Stimulate the economy!” before. It takes expenditure in order to keep the wheels of commerce flowing. While the current recession has made that difficult – people are still highly unwilling to spend on non-essential purchases – the standard progression in America has been that accumulation of household debt can be just the grease needed to lubricate the economic wheels.

Of course, access to credit is a very large first step toward accumulating the managed debt and consumerist desire that creates the consistent cash infusion the American economy requires. But what happens when traditional credit is unavailable?

For large segments of the American population, being denied for traditional credit has forced them to consider other options like installment loans. The reason for these denials, according to researchers like Christian Weller of the University of Massachusetts and Center for American Progress, are multiple.

However, concepts of race and ethnicity may indeed be a determinant. In his study “Credit Access, the Costs of Credit and Credit Market Discrimination,” Weller considers household debt information in an effort to determine whether discrimination in the consumer credit market has declined, gone away or actually persisted as deregulation of credit industries has occurred. The survey referenced is the Survey of Consumer Finances (SCF), which the Federal Reserve conducts on a tri-annual basis.

Borrow to Spend, Spend to Stimulate

As families borrow, more of them can afford to undertake major purchases like homes, cars and education than otherwise. Consumer credit such as installment loans also help smooth over financial shocks that come about due to medical emergencies and other situations. If the playing field were level, it would indeed be that simple.

Yet Weller acknowledges what we all know: families don’t all have the same access to consumer credit. Demographics, minority status and income levels have contributed toward lessened chances to obtain a loan and high loan costs. Weller identifies this as “credit market discrimination.”

Restricting access to traditional loans on the basis of race, ethnicity or other personal traits yet not providing sufficient access to some form of installment loan credit when consumer need is imminent has been a failing of the traditional banking industry. As deregulation began in the late 1970s and grew to fruition in the 1990s, the message became clear: America’s economy was on track for more market competition and less discrimination.

Payday loans and installment loans filled consumer need, promoted competition (an invitation banks still haven’t taken up in earnest) and turned back some of the tide of discrimination.

Weller analyzes evidence of financial constraints from the years 1989 through 2004. Looking at a sampling of borrowing families, demographic characteristics like family size, marital status, living arrangement and others are considered. Financial indicators like credit history, family income and accumulated wealth are also potential factors, although some of Weller’s findings indicate a “taste-based” form of discrimination based upon prejudicial perception may play a role. Sometimes this is even a more socio-economic form of discrimination, where those of higher income judge those with less negatively.

When consumers face financial stress and don’t have the liquid assets on hand to absorb their financial shocks, seeking out assistance is wise. Among those surveyed by Weller, however, we see that consumers in need of aid don’t always do this. Not only that, but a disparity appears to exist along racial lines. The percentage of Caucasians who relied on financial professionals in 2004 was 45.7 percent, compared with only 27.7 percent of African–Americans and 27.2 percent of Hispanic consumers. Those families who did rely on professional assistance were found to be 17.3 percent less likely to be denied for a traditional loan.

On a related note, the rate of those who applied for traditional loans but were denied also bears a connection to race. Weller found that African–Americans were 41.7 percent more likely than Caucasians to be denied a loan. This difference became even larger when larger-scale loans like home mortgages were considered. The author cites a 1996 study by Jonathan Crook, which suggests that lower-income and older families were also more likely to experience denial on traditional loans.

Weller found that 14.9 percent of African-American families and 11.9 percent of Hispanic families claimed that that rather than experiencing a denial, they didn’t even request a loan because they figured they’d be turned down. Among Caucasian families, this figure was only 4.9 percent. Low versus high income levels showed a similar order. Tracking these figures from the beginning of the study period in 1989 to the end in 2004, loan denial and application discouragement increased.

Weller found that even though minority groups borrowed less from traditional lenders, which did not mean that they were significantly more likely to borrow from sources like installment loan companies or rely upon credit cards. “There is no statistically significant difference by race and ethnicity when it comes to borrowing from consumer lenders,” writes Weller. “The combination of these results with the ones on traditional banks is consistent with the earlier finding that denied and discouraged applications are larger for minorities.” The common conclusion here is that minority families in the survey had restricted access to credit when compared with Caucasian families. Low- versus high-income showed a similar breakdown.

Installment Loans are an Answer

Used responsibly, installment loans can enable any consumer to handle the financial shocks that life inevitably will throw your way. The credit restrictions that have existed in various segments of American society have necessitated the need for short term consumer credit, and products like payday loans and installment loans have filled the need. If consumers are going to partake of whatever source is available when the need is great, then the presence of a regulated industry that saves consumers from highly negative alternatives.

Thus, installment loans fill a need; they do not target groups in need. Claims of “aggressive advertising” would seem to get started more to traditional lenders, as their advertisements are much more prevalent than anything the payday loan and installment loan industry offers. I base this on my own observation, but I’m convinced it is accurate.

Weller’s suggestion that further study is needed as to why such a disconnect exists between minority and low-income groups and traditional banks is an interesting suggestion that could possibly help to close the gap and create more of the competition that fuels the American economy.