Home > Money > Installment loans from bailouts may not be that expensive

Installment loans from bailouts may not be that expensive 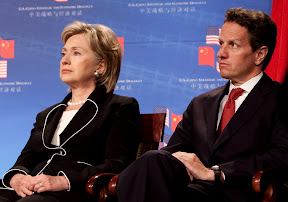 Some people think the installment loans lent in the bailouts weren't worth it, but Treasury Secretary Tim Geithner disagrees. Image from Wikimedia Commons.

In the financial crisis of the last few years, billions of dollars in installment loans to huge firms were lent in bailouts. Many have preached loudly about the waste involved and corporate favoritism. However, it may not cost as much as some think.

In 2008, the financial world was in turmoil, and the government moved to get some installment loans out to head off a collapse. Billions were lent to banks and investment houses from New York, New York, to Kansas City, Missouri, and the largest domestic auto manufacturers were given some enormous advance cash bundles to keep them afloat. Conservatives and liberals alike have raged about the bailout loans, but Treasury Secretary Timothy Geithner thinks the outrage is unfairly directed his way, according to the New York Times. Though officials, of course, don’t go out of their way to agree with their critics, he has a point.

Emergency loans could turn a profit

The emergency loans made to huge businesses could be justified. Geithner has maintained that the $25 billion estimated as losses by the Congressional Budget Office are estimates. He also has maintained losses will only come from bank loans and mortgages gone bad, but everything else will turn out. For instance, if the Treasury holds onto shares in GM and sells them over time, the loans GM received could eventually turn a profit on the long term. Citigroup, which received more than $45 billion in aid, turned a profit of more than $10 billion for the taxpayers already.

Proof will be in the pudding

Though it certainly seems ridiculous to only aid to the parties that created the economic problems in the first place when the people that have been hurt could use the help more, there may be an upside after the fact. If the profits realized from bailing out huge firms are more than the losses of bailing out Fannie and Freddie, then a rational basis for bailouts in dire straits will have appeared.