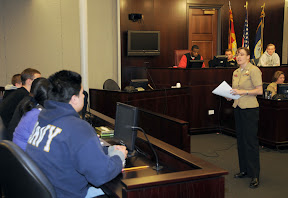 Tax preparation giant H&R Block is being sued by Jackson-Hewitt over an ad campaign blasting the short term loan program offered by Jackson Hewitt. Both companies offer some form of a refund anticipation loan or a loan against an income tax return. Tax season is when both companies make the bulk of their revenue.

An advertising campaign run by tax preparation giant H&R Block has resulted in the company being sued by competitor Jackson Hewitt, according to Reuters. The lawsuit alleges that H&R Block deliberately misled consumers about Jackson Hewitt through the commercials about a program called “Second Look,” which mentions Hewitt by name. The commercial offers a free review of returns prepared by competitors. The commercial says two of every three returns prepared by Hewitt had errors and had missed deductions. Hewitt is also claiming that Block made false statements about the short term loan program Hewitt offers, being refund anticipation loans, or RALs. Hewitt maintains that customers can get a loan of up to $1,500 in day.

Refund Anticipation Loans are a cash advance against an income tax refund. Filers who are due a refund can get a check for their expected refund amount, minus a fee for the preparer and loan lender. The tax preparer files the return and takes the income tax return as payment, while the borrower walks away with fast cash rather than waiting for a deposit or a check. H&R Block is unlikely to be able to lend these loans this tax season, as a key financier and partner of Block, HSBC, was forbidden from funding the loans by the U.S. Treasury.

The Internal Revenue Service does not have an official position on RALs but suggests people electronically file and elect to have their refund directly deposited. A refund can be deposited electronically in far less time than it takes for a paper check to arrive, whether the check is being sent to Jackson, Mississippi, or to Hawaii.