Home Sellers Should Use Small Personal Loans to Fund Shortfalls 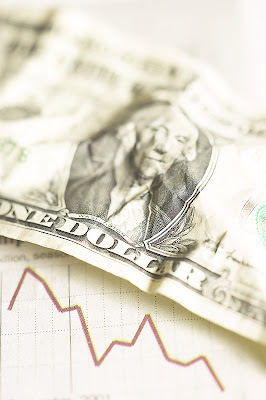 Many people trying to sell their homes end up having to use small personal loans to fund shortfalls. The main post-recessionary reason people have shortfalls is due to the loss of value on their property. Although the recession has been deemed officially “over” by experts, the market is far from returning to normal.

The problem of negative equity

In fact, economists are predicting that many homeowners will be in worse shape within the next two years than they have been in previous. Studies are showing that almost half of the US’s 52 million borrowers will have negative equity by the beginning of 2011. According to the report done by Deutsche Bank, the number of borrowers with negative equity is telling of a huge pool of owners who will either default or go into foreclosure.

Down payments valued at zero dollars

Negative equity happens due to various factors, but the most common is the decline of home values. Since the recession, that has been a chronic problem within the housing market. According to real estate website Zillow.com, home values throughout the country have declined by 22.3% since mid-2006. To the average home owner who put down 20% of their mortgage, that means their down payments have lost their complete dollar value. Karen Weaver, research analyst at Deutsche Bank, said, “The continued decline of US home prices will contribute to rapidly rising rates of negative equity. The most obvious implication is for mortgage defaults.”

Watch for the signs

When it comes to the housing market, all homeowners should be watching the market. There are clear signs when a home is at risk of declining in value. More and more homes are proving that falling behind or going into foreclosure have more to do with home value drop based on the economy, than on job, credit, or income. Here are some signs to watch out for:

Time is the key to overcoming negative equity

Although the issue of negative equity is a serious one, it isn’t an inevitable repercussion of the recession. Homeowners who plan on keeping their homes for the next five to seven years most likely will recoup any lost value of their properties. For homeowners who are finding it hard to make ends meet, small personal loans should be used for the shortfall, rather than borrowing against the mortgage. Then taking a wait-and-see attitude may be the best option in coming months.