Grandmother almost duped out of $4,000 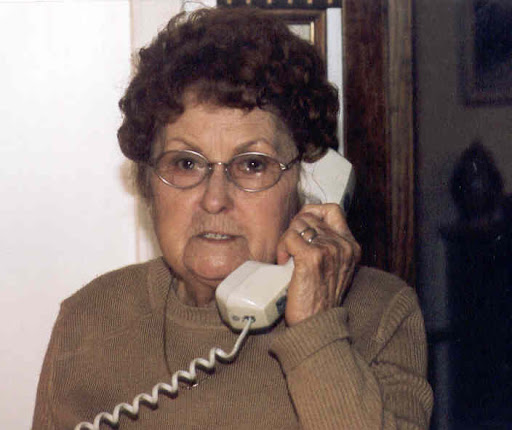 Millie Benger, 73, of Toledo, Ohio, needed to take out installment loans to help her stranded granddaughter. She received a call in the middle of the night. The caller claimed to be her granddaughter and said her car broke down in Montreal. The solution? She requested that Benger Western Union her $4,000 so she could get home safe.

Benger used a combination of quick loans to come up with the funds. When she went to her local Western Union office, she luckily ran into some opposition. A particularly shrewd Western Union agent started asking questions. First of all, Montreal is known to have a reputation for fraud. When the agent asked if her granddaughter had any credit cards, Benger recalled that the woman on the phone said her card wasn’t accepted in Montreal. The agent asked more questions and Benger realized she had most likely been duped.

More and more thieves are using Western Union and an elderly target to make money. In fact, it’s estimated that the “grandparents scam” has already taken the elderly for more than $3.5 million nationwide. It’s a scam where a fake grandson or daughter calls an unsuspecting and concerned grandparent and asks for emergency money. The amount could be small, or it could be a large chunk of money. The scammers normally say that their credit cards aren’t accepted in the country they are visiting, and they usually fail to give their name. A worried grandparent does everything they can to find the money quickly.

The “grandparents scam” is a routine

The way thieves dupe the elderly with the “grandparents scam” is pretty routine. Here are the warning signs:

If you or a loved one are the victim, be smart. Ask questions. Sergeant Carl Pouley, detective for the Middleton, Ariz., police department, said, “It’s pretty easy to take a thief off guard because they have a routine. If their scam is up, they quickly move to another person. …Asking for the name of a pet or childhood toy is not unheard of. Most likely your crook will give up.” Pouley added that most of these scammers have “hundreds of names” to get through daily and if they think you are onto them, they will end the call pretty quickly.

Protect yourself against thievery

People need to be wise. Rather than getting emotional and distressed when a loved one calls, the elderly are cautioned to be calm and think rationally. Would loved ones really turn to their grandparents for emergency funding via savings, credit or installment loans? Most likely a grandchild in distress would first turn to parents and friends for aid. Sergeant Pouley added, “Grandparents these days are on fixed incomes so the likelihood of asking them for cash just isn’t that great.”

Get started here for Installment Loans