Taxpayer installment loans to be paid soon after GM IPO 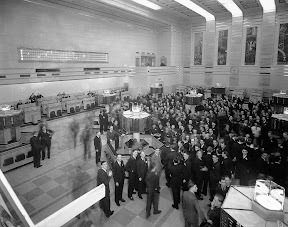 A GM IPO has just been filed, and the installment loans from the Treasury will get a huge payment toward them. Image from Wikimedia Commons.

General Motors has finally put in the papers for what has been anticipated for weeks. A GM IPO has just been filed, although exact details are not known yet. So far, what is for sure is that GM will be offering preferred shares, but how many shares is unclear. This will bring the company a good amount of debt settlement relief, as it might pay off a good chunk of its debt to the U.S. Treasury. It will get the company closer to independence, and maybe get it some big time cash quick.

General Motors filed for a GM IPO today. According to the New York Times, it could be quite the pay day for an IPO. The company will be offering preferred shares. However, GM hasn’t announced the total number of shares the company will be selling. Chairman and CEO Ed Whitacre announced he will retire completely from GM by the end of the year; he’d previously said he’d retire once the company was back on track. An initial sale of shares will probably liquidate a lot of debt.

Clearing of debt a major bonus

Getting back into the black

General Motors, with this Initial Public Offering, will get at least part way to paying the debt the company owes to the U.S. government. GM is posting profits again, so it isn’t as if GM will need another loan until payday from the taxpayers again. The IPO would have to clear about $67 billion for taxpayers to break even on the auto bailout.