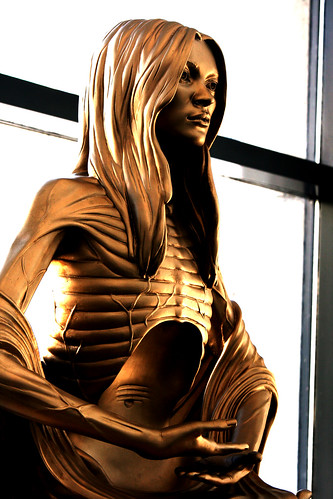 World hunger mounts as the cost of food exceeds the grasp of too many. Short term loans may help some.

The current food crisis facing many people today is a double whammy. Rising food costs mean that people must buy less food, while rising unemployment means more people do not have money to buy any food at all! Millions of people across the world find it very difficult to put even one square meal on the table, let alone three. The United States, with their vast stores of food, are facing similar problems, as recent survey data shows that one in three Americans are facing the exact same situation, with no hope of getting out of this trap. While short term loans can help some people get the food they need, others are not so lucky, and need to either visit a food bank or request food stamps—at least in the United States. Other countries may not have this system, meaning that many people may simply not eat for a day, or more.

1970s All Over Again—Only Worse

A recent report published by the United Nations shows that this crisis is worse than the one that existed from 1970 to 1974. With the increasing price of oil over the past year, food prices are higher than ever—much like what happened in the early 1970s. Other factors that contribute to rising food prices may be seen in the increased demand for meat diets in developed countries, shortages in production and diversification of agricultural land for purposes other than food production, and population growth in under developed countries.

How Did This Happen?

Huge jumps in oil prices from $28 a barrel to $147.70 a barrel may have been what started this current crisis. Oil producers laughed all the way to the bank, but then stopped laughing as they saw the results of their actions in the grocery stores. Even though they did not need short term loans to buy their groceries, they sure had to pay the increased food prices. Climate changes, including excess rainfall leading to floods and destruction in some countries while other countries suffered drought after drought, contributed to a shortage of food all across the globe. This also drove up prices. Governments across the globe bought as much food as possible from wherever they could, at market prices. Finally, fertilizer prices jumped sky high as the green revolution seemed to fail on all sides on a global scale. A hungry world becomes hungrier as greed and scandal ripple through the globe.

While there may be enough supply to meet the demands of the population, rising prices pretty much make food completely unaffordable for many countries. If you think that these are just the developing countries that are having these widespread problems, think again. People are struggling in developed countries as well, because the food they see on the shelves of supermarkets costs way too much to buy. But because they must feed their families, they must pay the prices. Under the circumstances, people are now looking for every possible way to meet the extraordinarily high cost of living, even though they are already overworked and underpaid now.

Pay Raises Frozen While Unemployment on the Rise

While food prices have gone up, annual cost of living raises have been frozen, leaving less money in people’s pockets to buy food. And these are the lucky ones who have been able to keep their jobs in this economy. Unemployment, at least in the United States, was at 10.2 percent – the highest it has been since the early 1980s. To survive, people must look to short term loans, and the question then becomes, “What do I pay first—the short term loan, or buy food?” Of course, if you budget properly, you may be able to do both (if you have a job, that is).