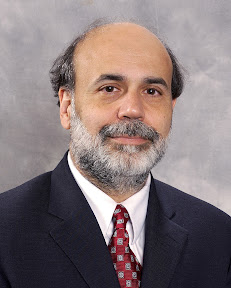 The Federal Reserve, and chairman Ben Bernanke, have released data on which institutions received installment loans in the bailouts. Image from Wikimedia Commons.

The Federal Reserve has opened up the books on which companies received installment loans in the bailouts. There weren’t too many huge surprises, but the amount of fast cash wired out was staggering. The Fed lent more than $3 trillion in total.

The Federal Reserve, headed by chairman Ben Bernanke, was a heavy player in the bailout programs, which lent trillions in installment loans to various banks and investment houses as part of the bailouts. Since it is a loosely federal organization, it does have to disclose some data. Recently, the information about which companies received large money loans from the Fed was released. Between 2008 and 2009, when the Troubled Asset Relief Program, or TARP, was going full tilt, nearly 21,000 different banks, investment houses and companies received loans from the Federal Reserve, according to the Washington Post. In total, those loans totaled more than $3 trillion. Controversial recipients were a number of overseas banks, such as the Development Bank of Korea, which borrowed billions. Deutsche Bank of Germany, and UBS of Switzerland also borrowed heavily from the Fed.

The Federal Reserve also lent out an even larger amount of short term loans, though lending overnight loans for banks is within the scope of the Reserve as a lender of last resort. However, the overnight short term loans were not exactly the size of typical short term loans, like payday loans; more than $9 trillion went out in overnight lending, according to CNN. The interest assessed to most entities that were borrowing money from the Fed ranged between 0.5 to 3.5 percent interest, which is far less than most personal loans, to be sure.