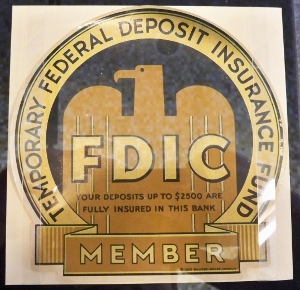 The payday loan industry continues to fulfill the needs of consumers, particularly during the tight times of the recession. On volume, payday lenders are able to make profits that allow them to continue to operate in the majority of states. Thus, the relationship between consumers and payday loan businesses is mutually beneficial.

Now the Government in On the Deal

Did you know the FDIC recently rolled out a Small-Dollar Loan Pilot Program? They’re currently in the middle of a two-year run where they’re studying how traditional banks can offer payday loans at a profit. They’re doing this ostensibly to create an alternative to what payday loan companies offer – and as an alternative to overdraft protection, they claim – but it doesn’t appear they have a strong concept of the difference between black and red ink.

But Profitability is not the “Primary Goal”

Yes, because FDIC and associated banks are such benevolent organizations. Their hearts bleed for consumers, so much so that they use their tax dollars to loan to others without the goal of profitability! According to the Payday Loan Industry Blog, the FDIC Small-Dollar Loan Pilot Program is designed to foster long-term relationships in the communities in which its affiliate banks operate. All because they want to get good marks from those in charge of the Community Reinvestment Act. That means ACORN will be involved, folks. Do we really want to give THEM more of our tax dollars? For all the good they do, their mismanagement and ties to the subprime mortgage mess make them a questionable recipient of our money.

Banks Look Out for Their Interests

Since the bank stands to make so much more with their overdraft programs and there’s no profit to be had with the FDIC’s small loan program as it’s currently configured (more on that in a moment), how long do you think this “community outreach” effort will continue. Not long, I’d wager.

Here are the program features the FDIC has instructed banks to trumpet:

Oh really? Is the FDIC going to infuse you with Monopoly money? Because if the small dollar loans operate at a loss, how does that generate profit in the long term? The Payday Loan Industry Blog nails it on the head. By “reaching out” to the community, banks will be appeasing the Center for Responsible Lending (which can easily be traced back or connected to ACORN and the Community Reinvestment Act, by the way). They’ll also have plenty of time to sell consumers over to their more lucrative products like overdraft and NSF fees. Or, if this is a war of attrition, they’ll keep taking a loss until they’ve run their competition – payday loan companies – out of business. Perfectly underhanded capitalism we have there, correct?

What about Overdraft and NSF Fees?

I’m glad you asked. According to Bankrate.com, the national average for NSF penalty fees is $24.46 at banks. A recent study by Moebs Services found that these NSF fees are responsible for 18 percent of banks’ net operating income. That number shoots up to 60 percent for credit unions in Moebs’ study. Take a look at this study by George Mason University’s Executive Director of the Statistical Assessment Service, Donald Rieck. Banks should hate the payday lending industry a great deal.

And the FDIC already knows this. Apparently Citizens’ Trust Bank attempted to run a military loans program similar to Small-Dollar Loan Pilot Program in 2008, but they had few consumers and even fewer accepted customers. Reports indicate that the originators of the program felt it was “hampered” by competition (payday loan companies). Citizens’ Trust and their “Community Relief Loan” only drew 574 applications and funded 81 loans (14 percent approval) in the first two months of the program.

Considering that Citizens’ Trust utilized multiple advertising avenues to promote the program, why were there so few consumers? According to the Payday Loan Industry Blog, it’s because the list of hoops customers had to jump through to actually receive money was prohibitive. From a $48 origination fee, FICO and residency duration requirements to a convoluted system of approval and a requirement (at some branches) that customers have a savings account at that bank, customers had to clear too many hurdles before they could receive funds. With payday loan companies, screening through Teletrack and similar systems is much quicker, while maintaining risk management for the lender.

While the FDIC is convinced that funneling taxpayer dollars into banks so they can offer small-dollar loans is a good idea, it seems clear that their pricing model is completely out of left field. If banks are looking to eliminate competition via a war of attrition – if what’s best for the consumer has nothing to do with it – then taxpayers should protest what the FDIC is doing with their money.  All the FDIC would truly have to do is interview customers at participating banks to see that payday loans from outside sources are quick and convenient, which is why people come back for more. The more bureaucracy that’s added to the process, the fewer consumers will be willing to get involved. A payday loan is simple; government subsidies (with our money, mind you) and convoluted approvals processes are not.