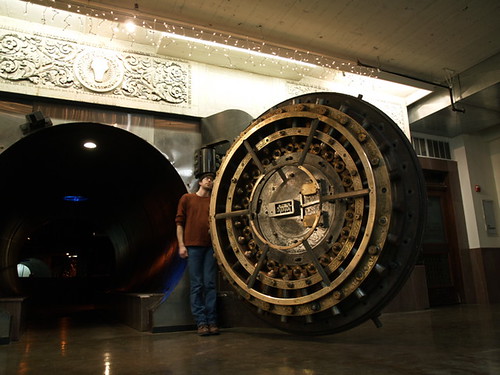 The FDIC small dollar loan program was conceived to determine if banks could make a profit competing with payday loan companies. Flickr photo.

A pilot program designed for banks to provide alternatives to payday loans has been developed by the Federal Deposit Insurance Corporation (FDIC). The FDIC issued a report June 24 about the final results of the small dollar loan pilot program launched in 2008. The program was deemed a success. However, the number of loans made in two years was relatively small and the parameters for lending were more restrictive than payday loan programs.

In a press release, the FDIC called the payday loan alternative program a “Safe, affordable and feasible template for small dollar loans.” Participating banks made more than 34,400 small-dollar loans, with default rates in line with default rates for similar types of unsecured loans. Parameters included a loan amount of $2,500 or less for terms of 90 days or more. The annual percentage rate (APR) was 36 percent or less. Fees were “low.” Underwriting required proof of identity, address and income, plus a credit report that determined how much could be loaned. “Optional features” included mandatory savings or checking accounts and “financial education.” After these requirements were met, consumers would learn whether they could get their money in 24 hours.

It could be argued that the FDIC small dollar loan pilot program’s main objective wasn’t to offer consumers more affordable alternatives to payday loans. Rather, the program was an experiment to find out how banks could make a profitable incursion into the payday loan market. According to the FDIC, banks in the pilot program saw it as a “strategy for developing or retaining long-term relationships with consumers.” This could explain the requirements to open accounts with the bank and financial education.

There may have been some aspects of the FDIC’s small dollar loan pilot program not mentioned in the release. Bloggernews.net reports that some loans made by banks in the pilot required direct deposits, collateral or origination fees — none of which are required for a payday loan. While more than 30,000 loans were made by 28 banks in two years, pay day lenders make about 100 million loans annually with 93 percent of all loans paid back on time. The bloggernews.net article also said that the participating banks came on board to offer these loans because they’d receive “favorable consideration under the Community Reinvestment Act.”