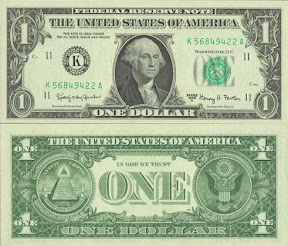 Recent earnings gains for financial service giant Dollar Financial Group indicate demand for payday loans and other services hasn’t diminished. Alternative financial service providers, or AFSPs as they are called, have a long history in the U.S., and indeed, throughout the world. The company, which offers check cashing, money orders and pawn loans as well as cash advances, is having a banner year.

Dollar Financial Group is one of the largest among corporate payday loans lenders, although that isn’t the largest of the company’s offerings. Payday loans and cash advances only make up 50 percent of how the company makes a pay day, with the other half being from check cashing, pawn loans, military loans and other financial services. Out of the largest global alternative financial services firms that are publicly traded on the market, Dollar Financial realized the greatest gains this quarter. Profits were $28.7 million this quarter with only 15.2 percent of loan revenue being lost, though payday advance loans are only 9 percent of its business in the U.S., according to MSNBC.

There will always be a demand for alternative financial services, like payday loans, short term loans and check cashing outlets. Granted, the demand isn’t as huge as one might think. People who don’t use banks for their every financial service need fall into two categories, according to the FDIC and the Federal Reserve. There are the “under banked,” who use alternative financial services but have bank accounts, and the “unbanked,” who have no bank account whatsoever. The underbanked amount to just under 18 percent of the U.S. population, and the unbanked make up around 10 percent.

The demand will remain

Alternative financial services have a long history. Pawn lenders and short term loan lenders, like payday lenders, have been around in some form since before the Roman Empire existed. Obviously, with evidence like the booming business in companies like Dollar Financial, demand is not going away. You can read more in the Payday Loan Fact and Statistics Report on Personal Money Store.