Home > Tips > Crowdsourcing good for businesses and for personal loans

Crowdsourcing good for businesses and for personal loans 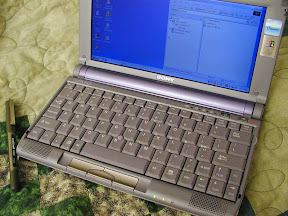 Someone interested in a personal loan or small business loan can request one in minutes by using crowsourcing sites. Image from Wikimedia Commons.

Small businesses are able to get funding through crowdsourcing like any private individual looking to do the same. Crowdsourcing is raising funds by getting a large number of people to contribute small amounts of funds bundled into one personal loan. It’s also called peer to peer lending.

Over the past few years, there has been a lot of attention paid to crowdsourcing. The idea is to use a social media-like model to raise loan capital or donations for causes. People or organizations simply put their ideas and how much they need to raise on a crowdsourcing site, and other individuals or organizations can pledge funds toward the goal. Some crowdsourcing sites don’t actually collect the funds unless the target is reached, like Kickstarter. Kickstarter was the site a Detroit man used to crowdsource, or crowdfund, the necessary capital to bring Detroit a life-size Robocop statue. (The film took place there.) The idea is simple; try to raise money from one’s peers on the internet by going around the cumbersome traditional middlemen: banks.

Crowdsourcing is a way for business owners or individuals to get access to loan capital, whether it’s to fund a startup small business or if a person simply needs some personal loans. People launching a startup company can turn to crowdsourcing sites or peer to peer lending sites like Prosper and Lending Club. The model is similar; consumers state the reason for the loan and how much they need, and investors pledge funds if they are interested. The site usually gets a small percentage of the funds raised as a fee for facilitating the service, according to USA Today, and borrowers can accept or decline terms on any installment loans that are offered them. Small businesses just getting off the ground can look into microfinance sites like Kiva that allow investors to put small dollar amounts into a loan for a small business, starting at the amount of $25.

Borrowers should do their homework

If a businesses or people are interested in crowdsourcing a project, they should know exactly what they are looking for in order to get started through the most appropriate service. For instance, Kiva Microfinance is a good place for small startups looking for microloans. Lending Club is fairly discerning, as the site will reject anyone with an insufficient credit rating, and it rejects far more people than it accepts. These are great opportunities for investors, as Kiva boasts nearly a 99 percent repayment rate and Lending Club has similarly high rates of return, according to MSNBC. Lending Club usually has a rate of return between 9 percent and 10 percent of the total investment, according to Slate.

MSNBC on the Robocop Statue and other crowdsourcing sites