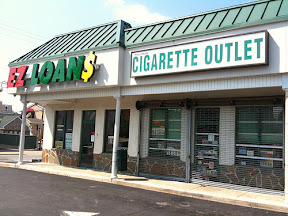 A newly released study links payday loans to rising crime rates and falling property values. It isn’t the first time that the two things have been connected, but the literature on payday lending has varied between a link existing and not existing. The sum total of the effects of payday lenders may be impossible to really calculate.

A new study has re-examined the link between payday loan lenders and crime, according to WalletPop, and it claims that payday loan lenders are a cause for crime to rise. The study, originally a working paper that has been around since at least 2009, is titled “Does Fringe Banking Exacerbate Neighborhood Crime Rates?” and is written by Charis Kubrin and Gregory Squires of George Washington University and Steven Graves of California State University Northridge. The authors use social disorganization theory as a framework, which is a theory in sociology that basically says crime is influenced by environment above anything else. The contention is that payday loan lenders enter environments that are highly disorganized, such as poverty and crime-ridden areas, and cause things to get worse.

The study contends that Seattle crime rates are highest in the areas with the highest concentration of payday loan lenders and that the problem has only become worse as time goes on and the number of payday lenders increases. The study is meticulously done, and does make a case for its central premise of payday loan lenders driving up crime rates. However, Heather Luea, in a 2010 study of payday loans and crime rates, observed that this specific study (which has been around for nearly two years) noted a rise in crime of slightly more than 1 percent. It should also be noted that one of the most proximate causes of crime is poverty, and payday loan lenders cater more to people who do not totally rely on banks and credit cards for sources of credit. In other words, there is more crime in areas that are known for having more crime.

There has been a long back and forth in academia concerning whether payday loans are good, bad or in a moral gray area. Accusations of bias have been made at authors of payday loan-positive and payday loan-negative studies, so it is definitely known that there isn’t a hard-and-fast academic consensus on the issue, and there are a lot of causes and correlations regarding crime. However, household income for the upper 20 percent of income earners has been increasing at a steady clip for the past 30 years but held fairly flat for the lowest 40 percent, according to U.S. Census data available on Wikipedia. That’s demographic that payday lenders cater to. Few policy suggestions are made about what to do about paying people more that aren’t met with hostility.