Crime and cash advances have nothing to do with each other 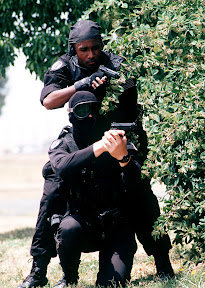 Cash advances don't cause SWAT teams to get called in. Image from Wikimedia Commons.

Claims have been made that when lenders offering cash advances move into an area, crime is sure to follow. There have been many problems throughout history attributed to things that have nothing to do with them. For instance, crime used to be blamed on people drinking alcohol. When Prohibition went into effect, violent crime increased at least fivefold. Crime and cash advances have nothing to do with each other.

Of crime and cash advances

People who aim to cure society of its ills, perceived or real, usually have good intentions. That said, sometimes ridiculous claims can be made about what causes the evils they rail against. For instance, there have been claims that cash advances and cash advance loans lenders cause the crime rate to rise. The idea is that payday loan stores move into a neighborhood and get people hooked by their short term loans. Then the people who are borrowing money get desperate and turn to crime. If it were true, then neighborhoods that don’t have lenders offering cash advances would have lower crime. As it turns out, that is not the case.

Neighborhoods with lenders and crime rates

Few throughout history have attributed crime to anything other than poverty. When people are desperate for money, they are more likely to turn to criminal activity. Payday loans and cash advances are only available to people who can repay them, so a link between payday lenders’ locations and crime seems a suspect attribution at best. You can read more in the Payday Lending Facts and Statistics Report on Personal Money Store.