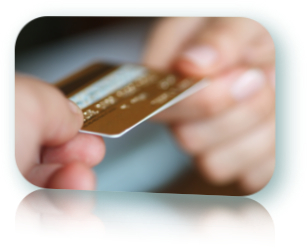 Legislation passed last year on new credit card laws goes into effect today, and banks are none too happy about it. “JPMorgan Chase, the nation’s largest credit card issuer, warned it expected its credit card business to lose as much as $750 million this year as a result of the new legislation,” says CNN.

That’s quite the hit, but credit card users will benefit — if they remain credit card users. Reuters reports that the new credit card laws will squeeze credit, meaning less of it will be available. Pretty soon, even more people will be turning to no fax payday loans when they need credit instead of traditional banks.

For those who are still fortunate enough to have functioning credit cards, the new credit card laws of 2010 mandate less confusing billing practices, says Christian Science Monitor. Bills must be due on the same day each month, and card users must be informed of the amount due 21 days before the due date.

The new credit card laws state that people between 18 and 21 years old must either prove they have the means to pay credit card bills or have a cosigner before they can be issued a card. The laws also limit marketing to college students.