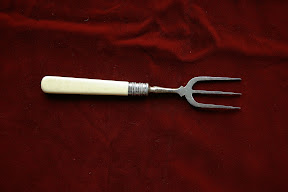 Credit companies will still have you fork over the cash for a cash advance. Image from Wikimedia Commons.

After the CARD Act, or the so-called Credit Card Holder Bill of Rights, passed Congress, credit card companies started to think of new ways to increase revenue. Credit card companies now are figuring out ways to legally charge more for using the credit they extend. There are greater interest rates being assessed. Late payment penalties and charges for credit card cash advances are also increasing.

When regulative or restrictive legislation is passed, the industry being regulated or restricted will find new ways to improve business legally. Credit card companies are finding ways to not break the laws of the CARD Act, but still make the bottom line. According to the Wall Street Journal, card issuers disclose to customers that interest rates will increase because of late payments, but they do not have to disclose the amount of the increase. Credit card cash advances have gone up to 24 percent interest for bank cards and credit union cards are up to 16 percent.

A recent study found that most fees or charges associated with credit cards were lower on credit union issued cards. The average bank issued card carries a late fee of $39 and the average credit union late fee is $25.  Card issuers also didn’t halt annual fees. Only 1 percent fewer cards had an annual fee from 2009. However, annual fees average $59 for bank issued cards and $25 on cards from credit unions. According to Newsweek, the average APR charged on credit cards overall has risen more than 1.5 percent in the last year. Free checking accounts might also become a thing of the past as well.

The mad dash for customer cash

Credit card companies are looking to bolster their bottom line, and with new laws on how they can charge you, are starting to raise their rates. It might soon be that more people are getting payday loans rather than use their cards, unless payday lenders are regulated out of business by the new Bureau of Consumer Financial Protection.