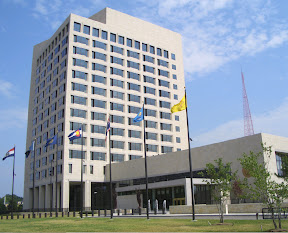 The Federal Reserve is reporting that fewer consumers are borrowing installment loans and credit card loans. Image from Wikimedia Commons.

Economic data is indicating that demand for large consumer loans, like installment loans and credit card loans, has declined. The Federal Reserve has reported that there is actually plenty of available fast cash for lending, but no one wants to borrow. Americans are tightening their belts, as fewer people are seeing debt as an asset.

The Federal Reserve has reported recently that the demand for larger finance loans, such as personal loans and installment loans for consumers from banks, has been declining drastically, according to Bloomberg. Banks have been loosening credit restrictions for the past several months running, and fewer people are seeking loan lenders. Mortgage demand has also been weak. Granted, high unemployment makes just about anyone uneasy, but it seems that Americans are starting to reach a different conclusion about debt than in the past few years. Many feel it’s better to pay off and close the credit cards or decline a cash advance on home equity than get further in the hole.

Currently, there is about $11.6 trillion in debt held by Americans. That means a lot of payday cash has to get sent to the bank instead of one’s own pocket. The amount of debt that people have been willing to take on is unprecedented in American history. With the costs of owning a home or getting a college education, or even getting basic medical care, it’s no wonder some people wind up running for payday loans at times to keep up. After all, the more debt people are saddled with, the less extra cash they have in their own pockets.

Though some things are seen as good debt– such as a home loan or a college loan — a large debt load is never good. It’s no wonder that the fastest growing market segment in finance is payday lending. You can read more in the Payday Loan Facts and Statistics Report on Personal Money Store.