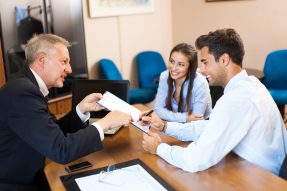 The payday loan industry actively tries to trap people in cycles of debt that the Consumer Financial Protection Bureau is attempting to eliminate, according to a recent article posted at Consumerfinance.gov. A payday loan is typically a short-term loan of between $100 and $500 that consumers can easily obtain when they need small amounts of cash until they receive their next paychecks. The costs of these loans usually run from $10 to $30 for each $100 according to the report.

The financing period for payday loans only lasts about two weeks, so the annual percentage rate, or APR, translates into about 400 percent of annual interest. Critics of the industry and the CFPB charge that these high interest rates can trap people who have to borrow again to cover their living expenses. The industry counters that most borrowers repay their pay day loans as promised, and that those who don’t are no more common than the number of people who default on other financial obligations.

The CFPB points out that the industry often targets low-income families with bad credit and ignorance of how to manage their finances responsibly. CFPB director Richard Cordray stated that the bureau was proposing a solution to end debt traps “by requiring lenders to take steps to make sure consumers have the ability to repay their loans…to end payday debt traps.” Details of the CFPB proposal include:

Critics of the proposal charge that the payday loan industry is being required to complete administrative paperwork as complicated as that required for obtaining a $500,000 mortgage. Greater borrower responsibility is a worthwhile goal, but short-term small-value loans already generate disproportionately high administrative costs. Critics claim that ending debt traps is admirable but that this peril applies to all financial products and credit offers.

Breitbart.com quotes Dennis Shaul of the Community Financial Services Association of America, which serves as the trade organization for various short-term loan products, commented on the proposal, “From the beginning[,] this rule has been driven–and in some instances written–by self-proclaimed “consumer advocacy” groups who have sought to eliminate payday lending. The bureau took up the advocates’ agenda, relied on non-quality research, and conducted a rulemaking process while maintaining an already hardened and biased view of payday loans and how consumers use these products.”

Supporters of the payday loan industry believe that financial accountability lies in the hands of borrowers and not lenders. Accountability works both ways, according to Breitbart News report, which previously reported, “The CFPB was as established as a virtually unaccountable and independent agency within the Federal Reserve Board when Congress passed the Dodd-Frank Act in 2010.” Critics of the agency include a wide coalition of Republicans, business leaders and recently elected President Trump, and these forces have called for dismantling or reforming the agency to limit its unchecked power.

Payday loans online could be difficult to regulate according to a report posted at Newyorker.com. Even the most carefully considered regulations don’t always work as intended as the state of Georgia’s experience clearly illustrates. Georgia banned the payday loan industry, capped interest rates and outlawed payday loans online. The state also implemented fines for violations. However, these extreme measures failed to eliminate the industry. Payday lenders got around the regulations by offering auto title loans and installment loans in lieu of payday loans online. People in need could still find cash advance places near you. Unlike relatively painless payday loans, installment loans often require collateral such as household items and treasured mementos.

Even some critics of online payday loans feel that increased federal regulations could prove more damaging than the CFPB’s regulatory solutions. For example, some states have stricter regulations than the CFPB is recommending according to a report posted at WITF.org. Pennsylvania caps interest rates at 24 percent, which effectively kills payday lending in the state. Critics of Pennsylvania’s regulations suggest that the state should increase its rate cap to 36 percent to align with the federal regulations. In effect, this could legalize online payday loans in the state.

Complex regulations tend to challenge lenders to find ways around them such as partnering with Native American tribes, offering different financial products at similar interest rates and challenging complex laws in the courts. A unified federal policy–which incidentally usurps a state’s authority to regulate commerce within its borders–could generate legal challenges that invalidate those stricter state laws that ban the payday loan industry within those states. The result of regulations could increase the availability of short-term loans instead of limiting them.

The payday loan industry and attempts to regulate it inspire some of the most vitriolic comments, charges and countercharges of any political controversy according to Alliedprogress.org. The Community Financial Services Association (CFSA), which serves as the main trade organization for the payday loan industry, recently complained that the CFPB ignored positive testimonials in its studies of financial improprieties and posts in its high-profile “Tell Your Story” feature, which appears on its website. Payday lenders are incensed because the bureau supposedly ignored positive comments that support the industry.

The CFPB countered the criticism by suggesting that the “testimonials” were fraudulent because so many of them used identical sentences, phrases and paragraphs. Allied Progress executive director Karl Frisch commented, “Someone needs to explain how so many individuals could have the exact same experience and come up with the exact same words in the exact same order to describe that experience with just a few unique passages sprinkled in an apparent attempt to throw off suspicious readers.”

There seem to be no easy answers to eliminate debt traps. Real financial reform not only involves lenders but also requires educating consumers. Debt traps can catch unwary consumers regardless of the financial product or type of credit. You can find out more about debt traps, the CFPB and other financial news at the Personal Money Store.