Center for Responsible Lending has new report on payday loans 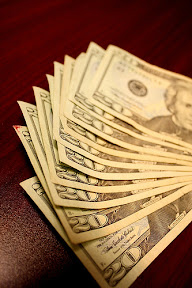 A new report has been released by the Center for Responsible Lending, slamming payday loans lenders. Photo Credit: MoneyBlogNewz/Flickr.com/CC-BY

The Center for Responsible Lending has released a new report on payday loans, bashing the product. The CRL is among the chief lobbyists against the payday lending industry, though it allies itself with other consumer credit causes. Payday lending will soon fall under the jurisdiction of the Consumer Financial Protection Bureau.

Payday lending is often reviled as predatory, as opponents accuse payday lenders of trapping people into vicious cycles of debt. One of the leading advocates for reform or eradication of the practice is the Center for Responsible Lending, a consumer advocacy foundation that conducts research and lobbies on behalf of consumers. The organization has released a new report on payday lending, according to Daily Finance, asserting that people who take out payday loans tend to get trapped into debt for more than a single pay period. The report is titled “Payday Loans Inc: Short on Credit, Long on Debt” and is available on the CRL’s website.

Payday lenders are often targets of increased regulation and of ardent criticism. Some lenders deserve it; the number of violations committed by payday lenders as well as the number of lawsuits including class actions show that not all short term loans lenders are on the level. Many are hoping for payday loans as an industry to get reigned in by the Consumer Financial Protection Bureau when it begins operation later this year, as many advocates have asserted a cap on repeat borrowing will be effective, though the CFPB will not be able to regulate interest rates. The CRL recommends the CFPB should do as much.

The scholarly literature that exists on payday loans and similar credit products indicates there is a risk of consumers falling into a fair amount of debt once they begin borrowing from payday lenders. For instance, the CRL report asserts that many people are indebted to a payday lender for one to two years. That’s better than 30 years, the length of the typical mortgage. That is also better than 10 years, the length of time that people are given to repay student loans. However, those debts don’t have the stigma that payday loans have been bestowed with. Credit cards are also seen as more respectable than payday loans even though a minimum payment schedule can keep a person in debt to credit card companies for decades.