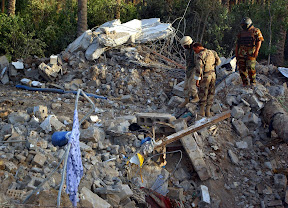 The job market is still in ruins. Image from Wikimedia Commons.

A lot of people lost their jobs during the worst parts of the recession. The idea was that if the government doled out a huge cash advance, the unemployment rate would decrease. Instead, the number of unemployed has only increased. In the month of August, there were 27 states that recorded an increase in unemployment. There were only 13 states that marked an improvement, and 10 that did not change. The recession is supposedly over, yet the economy as a whole does not seem to be improving fast enough.

The unemployment rate has shot through the roof over the last month. According to CNN, there were 27 states that recorded an increase in the unemployment rate. Nevada still has the highest unemployment rate in the nation at 14.4 percent.  Michigan and California have unemployment rates of 13.1 and 12.4 percent, respectively. These have been the hardest-hit states throughout the recession. It appears emergency loans that went to these states to stimulate job growth, such as the auto bailout for Detroit, have not helped as much as was hoped.

The end of the 2010 Census had a heavy hand in the increase in unemployment, according to USA Today. The Census employed about 114,000 people nationwide. That said, private employers are slowly starting to add jobs. About 67,000 private sector jobs were added, which has to be a relief for people looking for a pay day again. The end of the Census was anticipated to have a negative impact on the unemployment rate and jobless claims, as there isn’t enough fast cash floating around to hire all of them back into the private sector.

Slow but steady wins the race

Recent data was released indicating that the recession was supposedly over. However, it is difficult to reconcile that idea with the levels of unemployment and decreased spending and credit activity.