People Use Cash Advances as They Brace for Global Warming Bill 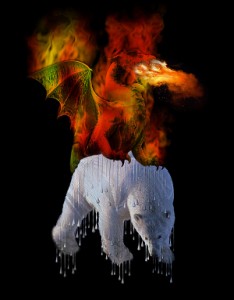 Studies are showing people are increasing cash advances as they wait for new massive global warming bill to go into effect. In the next few weeks, Congress will be reviewing a huge global warming bill.  The bill, named Waxman-Markey, will create a cap-and-trade program that aims to police greenhouse gas emissions. President Obama has already espoused the virtues of this new bill, believing it will create “millions of new jobs all across America.”

Unfortunately the bill is facing criticism from experts, who believe that it won’t be an advantage to the taxpaying public. They claim that the bill is overly industry-sided and doesn’t do enough to impact the global situation.  Private organizations “Friends of the Earth” and “Public Citizen” have both sent letters to Congress decrying the bill that it “does not do what the science says is necessary to avoid the worst effects of global warming and to rescue the climate.”  Another agency, the Heritage Foundation, believes that the bill would regulate energy prices so strictly that the average American family would need an additional $1,500 a year to handle energy bills.

The Waxman-Markey bill looks to set strict limits on greenhouse gasses that businesses, factories and utility companies are allowed to emit.  This cap is supposed to reduce overall greenhouse gas emissions by 15% by 2020.  There are a certain number of companies that would be allowed permits to emit over the specified cap.  These permits would be auctioned off by the government.  The intention is to control pollution, beyond just taxing or regulating it.  Carbon permits are estimated to bring in an additional $60 billion by 2012 if the bill is passed.

What this means to consumers

Douglas Elmendorf, director of the Congressional Budget Office, stated that the cap-and-trade program costs would be “passed along to consumers of energy and energy-intensive products.”  The agency estimates that a 15 percent decrease in carbon emissions by 2020 means the bill would cost the average American household $1,500 to $1,800 a year, with lower-income households carrying the bulk of the added cost. Many lower-income households that are currently struggling will have to look to cash advances and installment loans to carry the added burden.

Critics also cite that when the government auctions off the permits, they will be getting a huge amount of revenue back. They will benefit greatly from the passing of the bill, while Americans will pay for it.  Although some of the auction money will come back to consumer in the form of tax credits, the numbers are too small to have a large impact on the overall expense.  The Congressional Budget Office estimates that in 2012 the tax credit will be about $161 for a single person and up to $359 for a family of five.  However, only people with an income of less than $23,000 for single-person households and $42,000 for households with children will be eligible.

Energy in the future

If the Waxman-Markey bill is passed, Americans will have to be prepared for the added cost to their energy bills. Many will be looking to cash advances and payday loans as emergency ways to fund the additional expense.  Hopefully, the government will see the added strain on consumers and either turn more of the auctioned money into aid or change the tax-credit laws to benefit more taxpayers.

Get a Cash Advance HERE