Home > Articles > A cash advance is not a tool of racism

A cash advance is not a tool of racism 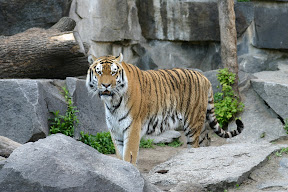 If cash advance lenders were stalking the poor like prey, they would be out of business. Image from Wikimedia Commons.

Critics of the cash advance industry have tried to say that lenders exploit minorities. The idea goes that minorities in poor neighborhoods are preyed upon by short term loan lenders to get them hooked. The truth is not that simple. A payday loan store goes where demand is highest. There isn’t a business on earth that doesn’t adhere to that rule.

One of the allegations made about payday lending is that lenders will move into specific areas in order to target customers according to race.The Center for Responsible Lending released a report that purported payday lenders in California clustered in areas in which predominantly African Americans and Latinos were located. The actual main focus of these locations was where alternative financial services in general, like check cashing, were located. Robin Prager, in a study released in 2009, found that payday lender concentration was high in urban and rural areas where most of the population was younger than 40 and lived above the poverty level. I payday lenders only lent loans for bad credit to people who couldn’t afford to repay, they would soon be out of business.

To argue that a business locating where there is demand for their services is predatory simply because of the demographics of the area is patently ridiculous. If that was the standard, marketing to any demographic besides everybody is predatory. Essentially, claims that lenders are unfairly targeting minorities in this case is like saying that if a chain of retail stores offers parkas rated to 80 degrees below zero in Anchorage while branches of the same retail chain do not in Phoenix is unfairly targeting Alaskans and preying on their need for protection against cold temperatures.

Correlations do not prove cause and effect relationships. Payday lending, as a business, also doesn’t yield enough high enough profits to lend to people who cannot pay the loan lender back. If they did, the industry would be out of business quickly. You can read more in the payday lending facts and statistics report on Personal Money Store.