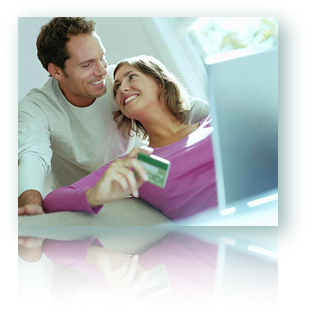 The cash advance loan has been around for years. It used to be thought of as a tool solely for people who suffered chronic financial problems and had little income to handle their debt. In today’s market, however, research is showing that low and middle-income families are using these types of loans on a regular basis. They are finding that the convenience and immediacy of the cash advance is second to none in reliability. As the face of the lending company changes quickly, more and more consumers are finding that credit cards are not what they used to be in terms of dependability.

Prior to the recession many consumers looked to their credit cards for emergencies. Unfortunately, once the recession began, people were unhappily surprised by their lenders. One consumer from Toledo, Ohio, Jennifer Middleton said, “We used to have an emergency credit card that we kept in our kitchen drawer. When the recession was on the rise we tried to use it, only to find that the credit company had cut our limit in half.”

Middleton is not alone. When the housing crash happened, many lenders closed their doors and reorganized the lines of credit they offered customers. Some companies increased credit rates, and others cut limits. Some consumers even found their limits cut to the point where they were automatically over limit and being charged fees for it.

The Employed versus the Unemployed

One of the main contributors to financial problems has been the soaring unemployment rate. In many large metropolitan areas, the unemployment rate has gone well beyond 10 percent. Despite the huge unemployment number, research data shows that everyone, whether they have a job or not, is cutting back on spending.

Cornell psychologist Thomas Gilovich stated that “We approach things very rationally, take in all information and then weight it and make a decision.” Surveys are showing that people are studying the economy closely and though it may not affect them directly, they are still reacting conservatively. Economist Dennis Jacobs agreed, saying, “We have a lack of spending right now in the economy, but it’s the pronounced lack of spending by upper-income consumers that has had a major overall impact on what’s taken place.”

Despite the economy and overall spending changes people are making, there is still help. The cash advance loan is a growingly popular option for people. Although households with incomes of more than $100,000 may be fine with strategic budgeting, it’s the lower income households that need alternative options to finding funding. The ease of the cash advance loan only makes it more popular with the buying public. There are no long-winded interviews, closing meetings, background and credit checks to deal with. There also are no high interest rates to tackle. The life of the loan is so short-term that it doesn’t need all the intricate prerequisites other loans do. That only makes them more attractive to qualified consumers.

Although there are said to be more difficult financial times ahead, consumers have the tools to manage. The cash advance loan is one type of alternative funding that has soared in popularity with qualified consumers. It may take some careful planning, but this type of loan can be instrumental in aiding consumers as they try to make it through their monthly bills.