Loans are Coming Back 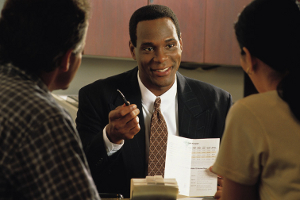 Even though the lending market has been dry this recession, cash advance loans have still been available.

The cash advance loan is popular with consumers who can’t seem to get credit. This is not to say that credit isn’t making a comeback of its own, as indicators reveal that it is. Lenders are starting to wake up and open their doors again. Yet it’s still a difficult prospect for those without premiere credit scores to find a lender. That’s where a cash advance loan comes in handy.

In the past year, Wells Fargo’s loan products have doubled in numbers. These loans can range from $1,500 to $100,000 and have rates anywhere from 8.5 percent up to 26.25 percent. Brent Vallat, business manager for the personal credit management of Wells Fargo, said, “We feel really good about our product. It’s the right product for the times and it’s a disciplined way for consumers to take control of their debts.”

The Banking Market During the Recession

Vallat’s statement about the “right product for the times” is telling of the market today. In past years, people relied on credit cards to bring them emergency funds. In 2006, lenders were handing out credit to almost every consumer. Their big mistake was to put no emphasis on how borrowers were going to pay the money back. Things took a turn when people started defaulting on their loans in mass numbers. The lending industry was stopped dead and suddenly things changed. Lenders reacted to the market and stopped lending as freely. They pushed credit rates up, slashed limits and increased the fees people pay for late and over-limit transactions.

Getting a Loan Today

Now that the recession is deemed “over,” lenders are starting to get back to business. Make no mistake, though, they have changed their lending processes. Michael Menzies, chairman of the Independent Community Bankers of America, stated, “Community banks have their doors open but when requesting they make customers sit down, one on one, face to face with the borrower and discuss their income, the sustainability of their income, their sources of repayment, their debts and the purpose of the loan.” The terms of the loan will be widely varied in the near future and banks will be looking at the consumer’s credit history, relationship with the bank and their income. “Borrowers will be scrutinized thoroughly before they can get approvals,” Menzies added.

For some borrowers, the cash advance loan will be the most viable option. Bankers today promise that the process for requesting a loan will be rigorous. Many banks are expecting top-notch credit and in today’s economy, some people just won’t make the cut. Menzies believes that banks will eventually have more relaxed rules but, “It won’t be until way into 2011. No one wants to risk even a small loan after what they have been through in the past.”

Can a Consumer Get a Loan?

The answer to “Can a consumer get a loan now?” depends. One thing banks know is that their former ways of lending to anyone who applied were highly ineffective. They were a sure recipe for disaster for lenders and for consumers. Now that there is a newfound education on what not to do, banks are safeguarding themselves against trouble again. For consumers who suffered during the recession, a cash advance loan may be their only option.