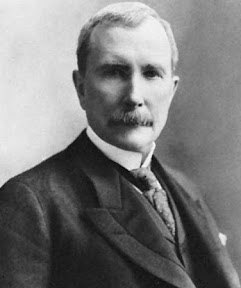 Some might think the average payday lender makes as much as John Rockefeller, the richest man ever, but it isn't true. Image from Wikimedia Commons.

The way payday loan and cash advance lenders are talked about, people may think they sit atop piles of cash. Contrary to popular belief, short term loan lenders aren’t the extortion artists many believe they are. In fact, the typical payday loan lender doesn’t make a lot from loans. The profit margins are pretty slim. Lenders also have to find ways to eke out a living in conditions imposed on them by governments.

Hard to profit from a cash advance

Some assume lenders charging the fees they do would lead to outrageous profits. This is not necessarily the case. There was a study done by the auditing firm Ernst and Young of all the payday advance lenders that belong to the Financial Service Centers of America, a business organization of financial service providers. The Ernst and Young study found that for every $15.26 in fee revenue, only $1.22 was actually realized as profit, which is a profit of less than 10 percent. The average small loan from a cash advance lender is between $300 and $400, and the average fee is between $15 to $20.

Par for the course

Studies have been done on the payday lending industry for years. A lot of them have found a similar theme. A Fordham Law Journal study by Aaron Huckstep found that the profit margin among the payday lenders surveyed was less than 8 percent. Other studies of profitability put the profits of the largest of payday lenders (such as Advance America, EZCORP and QC Holdings) at 10 percent. A profit of merely 10 percent would certainly not support the surmised stereotype of payday store operators making money hand over fist, like vultures picking clean the bleaching bones of the poor.

Some states impose caps on fees. Rate caps are price ceilings. In order to break even or turn a modest profit, lenders have to come close to if not charge right at the cap. Since a $15 fee means just more than $1 of profit, a lender has to charge the legal maximum just to keep their doors open. You can read more facts and statistics in the payday lending report on Personal Money Store.