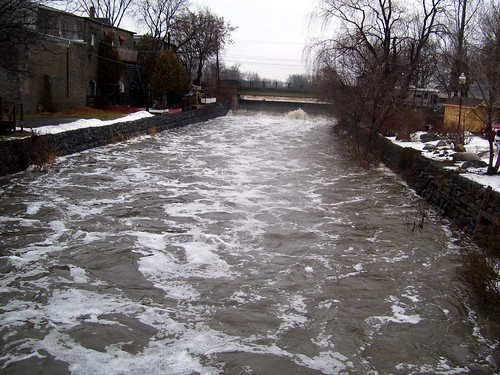 In Maple Creek, Saskatchewan, Canada, flood victims are already seeing cash advanced from the government to help with cleanup. The loan cash is being funded by the Provincial Disaster Assistance Program. Estimates of the amount of damage from the Maple Creek floods are just now being put together, but the residents are already cleaning up.

The Saskatchewan floods of 2010 were extensive, closing down long sections of the Trans-Canada highway between Saskatchewan and Alberta. Peak levels of flood water have not yet been reached in some areas, such as Last Mountain Lake. Expectations of damages to just the crops in the area are about $300 million Canadaian dollars. Property damage will likely be that much or more.

Though the Provincial Disaster Assistance Program usually waits until insurance adjusters have made their estimates to pay out, organizers are forgoing that requirement in the case of Maple Creek. The program provides two separate types of cash to residents. First, the PDAP provides up to $3,000 as cash advances on expected insurance payments. These payments are available in as little as a few days and help fill the gap between a disaster and insurance payouts. Second, the PDAP provides up to $160,000 to help residents with “uninsurable losses.” The province has said that it hopes all claims are paid no later than this Sunday.

In Maple Creek and surrounding areas, discussions about crop insurance are bringing up controversy. Only about 70 percent of farmers in the area purchased crop insurance this year, but the government is planning on paying out benefits to most farmers. Those that did purchase insurance are worried that this is going to drain what they paid in and decreases incentive for everyone to buy insurance the next year. Meanwhile, government insurance adjusters are still in the area, determining the true extent of the flooding damage.