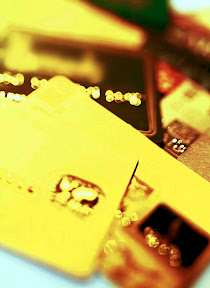 Consumers are still relying on payday loans to make ends meet as President Obama calls for credit card reform.  The President is demanding a credit card reform bill by the end of this month.  “Americans know that they have a responsibility to live within their means and pay what they owe…but they also have a right to not get ripped off by the sudden rate hikes, unfair penalties and hidden fees that have become all too common,” he said.

The Credit Card Holders’ Bill of Rights has been passed by the House of Representatives, and is awaiting Senate approval.   The bill targets unscrupulous credit card companies who employ double-cycle billing and retroactive interest rate increases.  It also would prevent anyone under age 18 from having a credit card.

Correcting an “abuse that goes unpunished”

“You shouldn’t have to fear that any new credit card is going to come with strings attached, nor should you need a magnifying glass and a reference book to read a credit card application. And the abuses in our credit card industry have only multiplied in the midst of this recession, when Americans can least afford to bear an extra burden,” President Obama said. He acknowledges that the availability of credit is essential to a healthy economy, but opposes patently unfair credit-card company practices.  His goal is to stop the “abuse that goes unpunished” and create a watch dog to examine and monitor the policies and practices of credit card companies.

Credit card companies argue that the new Bill of Rights may backfire by making it more difficult for consumers to obtain credit. The proposed law, they contend, will place such constraints on the industry that even credit-worthy consumers may be left out in the cold.  They also claim that new rulings enforced by the Federal Reserve already deal with many of the protections the President is rallying for with the new bill.

An urgent call for reform

Regardless, President Obama is asking that The Credit Card Holders’ Bill of Rights be adopted at once.  The urgency of his request is a response to the public outcry over the excessive fees and unethical conduct of credit card companies that have cost consumers billions of dollars.  The President also stated, “Instead of fine print that hides the truth, we need credit card forms and statements that have plain language in plain sight, and we need to give people the tools they need to find a credit card that meets their needs.”

Gail Brennan of Tallahassee, Florida stated, “We’d love to trust credit card companies again.  But because of the high interest rate hikes and late fees, we’ve lost faith.  When you suddenly have to use payday loans and borrow from family to pay for just your minimum on credit card bills, there’s a problem.” It is the hope of legislators that a compromise can be found — one that protects borrowers’ rights and brings a profit to credit card companies, while spurring the use of credit once again.

Most people aren’t going to stop using credit cards once the recession is over. Studies have shown that people like using credit cards and want the freedom to do so.  The problem lies in having to juggle other expenses and take out payday loans or other short-term loans just to pay credit card fees.  The recession has brought to light the unethical side of credit card dealings, and the Credit Card Holders’ Bill of Rights aims to correct it.