Majority of people who borrow payday loans are well informed 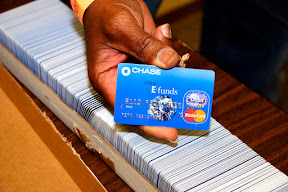 Stereotypes exist about many things, including lenders and borrowers of payday loans. A lot of people have the idea that the people who borrow money from such lenders don’t know what they are getting into. Allegations are often made of undisclosed terms and deceptive advertising. However, like most stereotypes, they aren’t reflected in reality.

Any loan lender, including a lender of payday loans, has to disclose the terms of the loan up front. It is mandated by a law called the Truth In Lending Act, which was passed in 1968. In fact, if a person walks into any garden variety payday loan store, chances are that the rates, fees and terms will be displayed prominently in the lobby. The trade groups that payday loan and cash advance lenders belong to all have a code of standards referred to as “Best Practices.” Those standards include disclosing all terms up front and full compliance with the Truth In Lending Act. These Best Practices are mandated by the Community Financial Services Association of America, the Online Lenders Alliance and the Financial Service Centers of America.

Not only do terms have to be disclosed, but studies indicate that payday loan customers knew exactly what they were doing. Even as early as 2001, studies of short term loan customers revealed that the stereotypes didn’t hold up. One study found that of the payday loan store customers surveyed, 95.7 percent knew what the finance charges on their loans were. Of those same customers,  78 percent remembered receiving disclosure of the APR. A person can’t be fooled by what they actually know.

Though social crusaders often mean well enough, the facts can sometimes be omitted to make people out to be victims for the sake of being sensational. The hype often doesn’t live up to reality. You can read more in the Payday Loan Facts and Statistics Report on Personal Money Store.