Consumers sick of giving banks a cash advance through fees 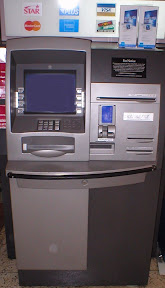 Consumers are getting fed up with having to give the bank a cash advance to use their own money. Image from Wikimedia Commons.

Americans are getting fed up with having to give a cash advance to banks to use their own money. In order to get a quick payday out of customers, major banks are stepping up account fees, ATM and overdraft fees. Account holders are not amused.

Anger over giving a cash advance to banks grows

Most American consumers don’t think it’s fair that a person should have to give a money to a bank to use their own payday cash, according to ABC. The Office of the Comptroller estimates that there will be 80,000 or more complaints by consumers about their financial institution by the end of the year. That would make it the highest level of dissatisfaction with banks since consumer dissatisfaction with banks began being monitored 15 years ago. New regulations were passed last year that helped, but it hasn’t stopped banks from trying to find new ways to extract fast cash from their customers.

The bulk of consumers’ ire is about overdraft fees. A practice among some large banks is to clear large transactions first. This way, if multiple overdrafts occur due to a few small purchases, those fees stack up.  Say a person pays their power bill, buys a pack of gum, a coffee and a sandwich over the course of one day with their debit card, but only has enough money to cover the power bill. The bank will clear the largest purchase first. That way, the smaller purchases made when the account was in overdraft can all result in the most fees possible. This practice makes a lot of quick payday cash for banks.

Interest rate can be astounding

Overdraft fees can be viewed as sort of a loan until payday, as the customer is technically borrowing money and paying a fee for it. That said, a $35 fee on a $1 overdraft, is 3,500 percent in simple interest. That works out to 1,277,500 percent APR.