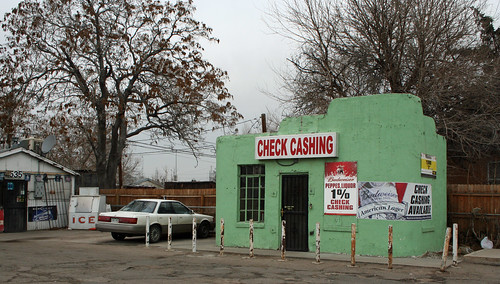 The basics of Bank On Dallas initiative

Bank On Dallas is a bank and credit union program based in the Dallas area of Texas. It tries to encourage banks and credit unions to give “starter” bank accounts to residents of the area who do not have bank accounts. This group of people, called “unbanked,” is a group that often uses check-cashing storefronts. The “Bank On Dallas” initiative is supported by many groups that are also trying to pass new regulations on the payday loan industry in the Dallas and Irving, Texas, area.

A coalition of community groups are currently lobbying Dallas-area lawmakers for more regulations on payday loan stores. Dallas officials point out that car title and payday loan stores are more common in Dallas than Whataburger and McDonald’s stores. Currently in Dallas, payday lending is limited to “credit service organizations.” Dallas lawmakers want to limit the interest rates and terms that credit service organizations can use, claiming that they take advantage of their customers.

Differentiating between underbanked and unbanked