Baltimore, Maryland, to get short term loans for solar panels 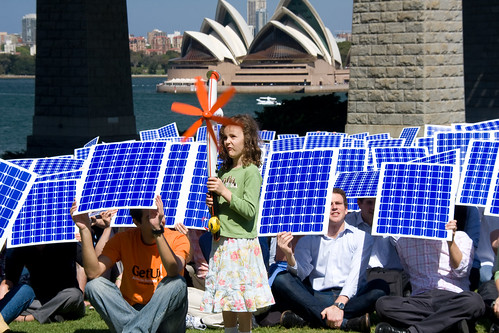 The high cost of installing a solar panel is no longer a barrier in Baltimore. Image: Flickr / agentdeclan / CC-BY-SA

In Baltimore, Maryland, using solar power at a home or business is about to get easier. A California-based company is going to offer zero-down and bad credit loans of photovoltaic equipment. These solar power leases are set to last 20 years or more.

Getting solar power to Maryland

In Baltimore, a California-based company is stepping in to get solar power on more roofs. Homeowners and businesses will be offered zero-down loans and leases of photovoltaic systems and equipment. The customers will need to pay the loan over the course of 20 years, which will cost much less per payment than a short term loan. Customers may be able to decrease the amount that they owe if they hook up their photovoltaic systems to municipal power.

How solar power leases out

The biggest barrier to most homes and businesses switching to at least partial solar power has been cost. A basic solar power system can cost more than $20,000. Some cities and states have tried to encourage renewable power systems by offsetting the costs with tax credits. SolarCity, a company in California, is taking the idea private instead. SolarCity offers full photovoltaic systems for a monthly fee. This means that the company makes a short-term loan of equipment to businesses and homeowners, then makes their money back over the years while the system is in use.

Though the SolarCity power company makes its money with the leased power systems, are customers going to be making a good financial choice? Possibly. Solar power systems can be tied into city power and the excess sold back to the power company. The cost of installing a solar power system is no longer an issue, so it is a matter of balancing cost of maintenance with the amount of savings on one’s power bill. The short-term loan of equipment can definitely be worth the savings if power rates are high.