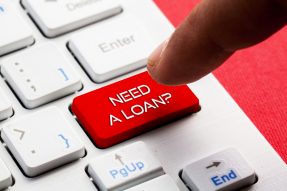 While the financial industry expressed a great deal of concern about the Federal Reserve’s rate hike, so far, the quarter-point interest rate increase has yet to affect personal loan rates in any significant way. Because of this, bad credit personal loans remain a valid option for debt consolidation. Dan Matysik, the vice president of personal loans at Discover, said, “Consumers are receiving the same low rate that was available prior to the most recent Fed increase.”

Although the interest rates for credit cards have increased in line with the Federal Reserve’s benchmark rate, Bankrate reports that several lenders confirmed that they made the decision to keep their rates the same.

By way of example in Salt Lake City, an off the cuff survey of bad credit loans Utah providers revealed that rates stayed the same.

For instance, Illinois-based Discover has personal loans available that come with an annual percentage rate, or APR, that starts at 6.99 percent, which is a good deal lower than the rate that the company has in place for the Discover It card. The APR for this account begins at 11.49 percent. Bankrate tracked 14 different credit cards prior to and after the Federal Reserve raised the base rate. The publication found that all 14 credit card issuers raised their rates to align with the Fed.

A Rate Increase for the Average Personal Loan

Greg McBride, a chief financial analyst and a Bankrate senior vice president, said, “The average rate is slightly higher than it had been trending, but this is likely because of annual adjustments.” While one lender did increase its rate because of the Fed’s decision, the average is about one-third of a percentage point lower than last year’s high. In 2016, the interest rate for the average personal loan was 11.30 percent. This year, the average rate is 9.49 percent.

Some Banks Were Super-Fast to Embrace the Rate Change

Forbes reports that within just a few minutes of the Federal Reserve’s announcement that it would increase base interest rates, major financial institutions like Wells Fargo, US Bancorp and JPMorgan Chase published press releases stating that they would increase their prime rate. The banks announced that they would be shifting the prime rate from 3.25 percent to 3.5 percent.

Citibank also announced that it would make a similar change, meaning that most other banks will follow their lead. Despite the uproar about the Fed increasing the rate, the immediate impact to the wallets of everyday consumers will be almost imperceptible. Because of this, online personal loans are likely to remain as affordable in the near future as they are now.

Will Rates Be Different for Consolidating Debt into Online Personal Loans?

While the Federal Reserve’s rate hike is a small increase, consumers could see the rate change with some online personal loans. Loans with long-term interest rates will probably stay about the same. In a press conference, Janet Yellen said, “Some corporate loans are linked to the prime rate, which is likely to move up with the Fed funds rate, and those interest rates will adjust. I think credit card rates that are linked to short-term rates might move up slightly. But remember, we have very low rates, and we have made a very small move.”

McBride said, “The Impact of a single quarter-point interest rate hike is virtually inconsequential. You won’t notice it, but this could be the start of a series of interest rate hikes, and the cumulative effect of those could be significant over the course of the next couple of years.”

All signs show that the recent increase is the beginning of an upward trend. However, industry experts do believe that it will be a gradual one. For instance, the Federal Open Market Committee reported on the situation with a publication that said, “Economic conditions will evolve in a manner that will warrant only gradual increases in the federal funds rate.”

Is it a Good Time to Consolidate?

For many borrowers, bad credit personal loans are the way to go for debt consolidation. Because credit card issuers have embraced the rate change, interest rates for this type of credit is going up. Consumers who are working their way out of credit card debt should consider consolidating soon.

Mark Victoria, the head of TD Bank’s personal lending department, said, “While there isn’t necessarily an urgency, now is a good time to think about consolidating given that benchmark interest rates are expected to go up over the next year.” Those who take out online personal loans could be protected from rate hikes in the future as well since most personal loans lock in rates when the loan is established.

If the Fed continues to increase rates, a fixed-rate product is recommended because those who are locked into their rates will get to keep them for the life of the loan. In some cases, consolidating into a personal loan could help consumers improve their credit scores. Bad credit personal loans are likely to be reported to the major credit bureaus as installment loans. This decreases a person’s credit card utilization rate, which improves many people’s overall credit scores. Those who take this route will need to avoid incurring new debt on their credit cards to enjoy a better credit rating.

How Much Will the Average Indebted American Household Be Required to Pay?

Sean McQuay, a credit card expert who shares advice on NerdWallet, said, “Credit cards are the standout category where we can expect interest rates to rise, but we estimate the impact will be relatively small. On a dollar-for-dollar basis, change does not translate to significantly higher payments.”

Time reports that the average American household with debt will spend around $125 more in credit card interest during the next five years. This amount shouldn’t negatively affect most people.

The rate hike does likely means fewer credit card promotional rates such as the ones that offer a 0 percent APR for a year or 18 months. With the Federal Reserve shifting away from 0 percent, credit card issuers are likely to do the same.

A Faster Way to Repay Debt