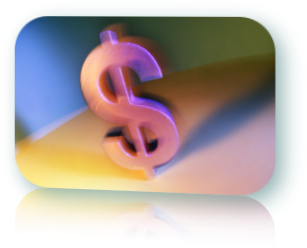 Payday loans are predicted to remain popular funding options as the economy continues to lag. Last week President Obama announced that the administration has extended the $700 billion financial bailout program until October of 2010. That’s sad news for many Democrats, who were hoping the leftover funds would be put toward job creation, and Republicans, who think the money should be applied to the huge deficit.

The administration, however, believes that the bailout fund is still needed to save the financial industry. They say that studies are showing that the banking world is still in need of aid. Treasury Secretary Tim Geithner said that “extending the program will also help homeowners struggling to avoid losing homes to foreclosure and small businesses having trouble getting loans.”

Experts weigh in on the bailout’s results

The billion-dollar bailout was all over the news last year. It was expected to turn around key industries in the nation and save the financial system from crashing altogether. Recently, the Obama Administration acknowledged some issues the bailout brought. The American International Group, Inc. was the first failure and the automobile manufacturer’s bailout was the second. Together, these two programs cost the country more than $60 billion.

The administration believes that the losses from the bailout will end up totaling about $141 billion. That may sound like a huge number, but it’s more than $200 billion less than what was originally estimated. That’s like a same day cash advance on an enormous scale. With an additional $200 billion to put toward other programs, many are seeing the money as good news. President Obama said the additional money can now be put toward the deficit and creating jobs “on Main Street rather than Wall Street.”

Life after the bailout

The president also announced the government’s intent to encourage job creation. The overall plan is to proactively fight the country’s 10 percent unemployment rate. With tax breaks for companies that hire new workers and create new jobs, the administration is hoping to fuel the economy. In addition, an increase in lending, from payday loans to small business loans, should breathe new life into the economy. Legislators are hoping that credit and underwriters once again start extending their services.

The new spending package- both sides

The new spending package in the wings is vague, at best. No one has  released what it is going to be, but democratic leaders are suggesting that it could cost between $75 and $150 billion. The details likely won’t be released until early next year. The Democrats’ focus is to target the job market and start getting people back into the workforce.

The Republican side is still vowing to stop the additional rescue program. Republican Jeb Hensarling said, “The Obama administration just can’t seem to let go of the $700 billion in ‘walking around money’ taxpayers were forced to put on the line to bailout Wall Street last year.” In addition, he criticized the Treasury for using the Troubled Asset Relief Program, or TARP, as a fund that supported programs that were not backed by Congress. That includes bailouts for car manufacturers and the fund for American International Group, Inc.

House Republican leader John Boehner said, “American taxpayers have had enough of open-ended bailouts that have left them stuck with trillions of dollars in new debt. TARP should be shut down by the end of the year. It’s time to get the government out of the bailout business.”

The future of the US economy

No one knows what the future of the U.S. economy will be. The bailout was supposed to turn everything around, but it has taken a lot longer than anyone anticipated to show visible results. In the mean time, Americans are left to fend for their own longer. They are most likely going to rely on strict budgeting, payday loans, and family help to make it through the next six months.