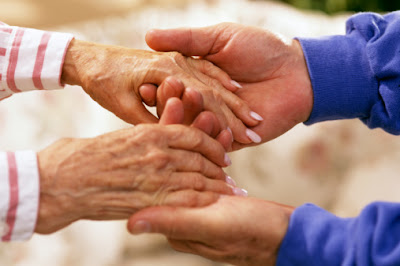 Americans are looking to installment loans, 401Ks and savings to help support aging parents. According to a Pew Research Center report, more than 10 million baby boomers are financially providing for an aging parent. With baby boomers in their 50s, that means the strains they are feeling are from elder parents and their college-aged children. Many boomers are finding themselves trying to pay for health care and living expenses for parents along with managing college tuition for children. Unfortunately, it’s their own retirement funds that are suffering.

Americans and their aging parents

Neal Cutter, a 63-year old professor in UNC, stated, “I never thought my (93-year old) mother would live this long … and I’m paying $8,000 a month for her nursing home care. I also pay my 19-year-old daughter’s college tuition at $40,000 a year. … I’ll probably have to move money out of my nest egg before my daughter graduates to make ends meet.”

This leaves Americans to defer their own retirement savings, tapping into their 401k accounts and savings. They are also looking for installment loans to help with emergency medical bills. Although health-care costs can be large, it’s daily care that also strains families. The average assisted-living facility charges $35,000 yearly for relatively healthy elderly people to live there. The price for a nursing home is far greater, averaging out at $75,000 annually, but that’s only in moderate cities. Expect to pay well over the $100,000 mark for more popular areas.

How to avoid costs

One way to avoid large health care costs is the relatively new long-term-care insurance policy. This type of coverage takes care of assisted-living, day care and in-house nursing care. The only problem is that it needs to be started when the parent is healthy.

Michael Boone, financial planner, confirmed that “You should consider it when you’re in your early 50s…it’s critical to figure out how you want to handle this risk early on.” The premium pricing varies greatly depending on age, so getting long-term-care insurance early is key. For example, a 55-year-old healthy male looking for coverage will pay about $1,258, whereas a 65-year-old man would pay $2,200. A 79-year old man would start at $6,400.

Because of the costs, many Americans are looking to installment loans to carry their parents’ emergency health expenses. This type of loan can prove beneficial to the qualified consumer because it gives them the funds to take care of the emergency expense. Depending on how much they qualify for, all or part of the payment can be taken care of relatively easily and quickly.

Sandra Pendleton of Niles, Illinois stated, “Installment loans helped me to face a large bill for my father’s emphysema complications. Without qualifying I would have had to dip into my 401k, which is something I’m trying to not do.”

As Americans age, new ways of handling debt and emergency bills need to be found. Like with any financial plan, there are unforeseen things that people need to be aware of and have solutions for. One way to handle bills is to use installment loans, dip into savings, or use 401k retirement funds. Hopefully with the new health care reform policies, there will be more viable options available.