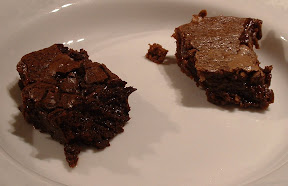 AIG is fund raising with more than just baked goods to pay taxpayers back. Image from Wikimedia Commons.

American International Group had to borrow money in the bailout, and a lot of it. The insurance giant took out more than $130 billion in installment loans from the taxpayers to keep from collapse, and controversy surrounded it. However, AIG is making significant progress. The company has already paid back several billion to the government, and recently had a meeting with the Treasury to figure out how to complete the debt settlement. The company is set to convert the 80 percent in preferred shares the government holds to common shares, which would be sold for fast cash.

There isn’t a company that got emergency loans from the government that doesn’t want those balances reduced to zero. AIG received about $132 billion in loans from the taxpayers, and for that generous offer of help, the government got an 80 percent stake in the preferred shares of the company. Since then, AIG has been selling sub-companies and creating capital to pay off the government. According to USA Today, AIG recently met with Treasury officials to discuss paying the loans off. The deal is reportedly for the company to be completely paid up in two years or less.

Miles to go before AIG sleeps

Currently, AIG still owes the government more than $100 billion. That is a lot of money to raise in two years, for any corporation. The company has been doing well in settling accounts, as non-essential divisions have been sold off to other companies.