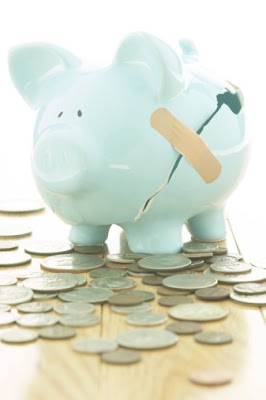 Sometimes people think of saving money as a monumental task involving lots of personal sacrifice. This does not have to be the case, however, for those willing to make minor changes, prevent the need for more payday loans, and begin saving money right away. The following are a few very simple tips that everyone can use to grow their savings.

By their very nature, credit cards increase debt. They also are great ways of wasting money on things like interest rates, finance charges and other fees. When these additional charges are avoided, more money is made available for actual saving. Those who make it a hard-fast rule to only purchase items that they can afford to pay for in cash find themselves closer to a debt-free reality and a larger savings account.

Each time coins are received as change for purchases, do not spend this money later in the day. Instead, when other purchases are made throughout the day, pay for each one with paper currency and save all change received to be deposited in a piggy bank or a coin jar at the end of the day. People have reported amazing success in saving money in this way and some have even been able to bypass the need for car loans by purchasing vehicles with spare change that they have saved for several years.

Save a Few Dollars Every Day

By developing a habit of putting a few dollars in a jar each and every day, a person can save a lot of money. For example, if a person can develop the discipline of saving just five dollars every day, in a year’s time they can save $1,825. Some people may only choose to save a dollar each day and others may choose to save more, but this is a relatively painless way of saving that everyone can afford to do.

Most have mentally calculated the money that they could save if they stopped buying a daily latte, a daily pack of cigarettes or lottery tickets every payday. However, those who are really motivated to save money not only put a halt to these vices, but they go an extra mile in actually placing the money that they would have spent on them in a jar or piggy bank and deposit that money into a separate savings account at regular intervals.

Coupons are offered online, they are delivered free to most homes, and major manufacturers make them available in the Sunday paper each week. Entire websites are devoted to finding coupons for items used every day and learning how to maximize their value. Some retailers will double the value of a coupon or even accept competitor coupons on certain items. Most people who try using coupons give up after forgetting to use them before they expire. However, this can be avoided by planning specific shopping days, writing out a list of items to be purchased and making a note next to those that a coupon can be applied to.

Anyone Can Save Money

Saving money doesn’t have to be a major inconvenience. By simply disciplining one’s self to set small amounts aside on a regular basis, most are surprised at how quickly these amounts turn into substantial savings. With these tips, anyone can save money and those who are serious about their financial future actually will.