How to Manage Medical Debt

The insured and the uninsured can struggle with medical debt 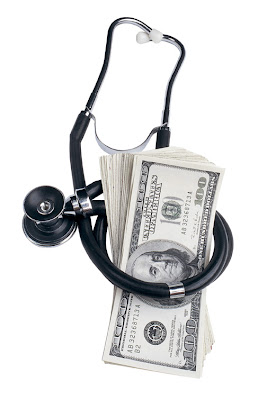 It’s not uncommon for people to need a payday loan or cash advance to help pay down medical debt. Even those with medical insurance find themselves in a bind at times, due to insurance companies refusing to pay certain medical costs. Medical debt can be overwhelming, but there are certain things that consumers can do in order to maintain better control over this debt and even reduce it whenever possible.

Here are a few suggestions for managing medical debt:

When receiving treatment, keep track of various procedures, tests and medications used during your visit. It is not unusual for patients to be billed for things that were never a part of their examination or treatment. By writing down everything that took place during a medical visit, consumers are better equipped to dispute any false charges that may appear on a bill.

Do not be afraid to ask for help understanding your bill. Often, medical bills will contain special codes or jargon that the consumer is not familiar with. In order to properly understand your bill and to assure that you are not being overcharged, it is sometimes necessary to request that the hospital or medical provider provide a clearer explanation of each charge.

Ask for an itemized statement. Even when the bill is not coded, some bills may group services together and lack a detailed explanation of charges. In order to avoid hidden costs or charges, consumers are advised to ask that their statements be itemized so that individual charges are clearly reflected.

Unfortunately, stressful medical debt occurs when insurance companies refuse to pay for services that their client was led to believe would be paid for. These bills can be the most stressful, because they are so surprising to the consumer who expected charges to be covered. When this happens, it is best to contact the hospital or medical provider who sent the bill and explain the insurance company’s refusal to pay. When doing so, it is important to also let the provider know that you will not be paying the cost yourself, but will take appropriate actions with your insurance company, instead. Most providers are used to dealing with this all too common issue and many even employ ombudsmen to assist you in this endeavor. At the very least, they are unlikely to add any penalties in terms of late charges to the bill and will more than likely extend the time for payment, thus giving you time to work the situation out with your insurance company.

Always check your bill for possible mistakes and never agree to pay once an error is located. As estimated by the General Accounting Office, mistakes on hospital bills are common and average roughly $1,400 each time they occur. Considering that many bills contain codes foreign to the consumer or broad categories for charges, as detailed above, it is possible that much of the medical debt assessed is due to these mistakes and can be reversed.

Even when you find that the medical bill received is accurate and that you are, in fact, responsible for paying the debt, it can be difficult to do so if you simply don’t have the cash to cover the cost. Besides considering a payday loan or cash advance, don’t be afraid to contact a billing representative directly and explain your situation. Many times, these agencies are more flexible in their repayment terms than lenders and credit companies. And, when consumers show an interest in paying but simply are unable to, they will often make arrangements involving a minimum payment and limit additional charges while a consumer makes installment payments on the balance. The real key here is communication. Keeping in touch with the billing agency and doing the best that you can to pay medical debt down often brings about leniency that just isn’t experienced with other debt companies.

While medical debt is often difficult to pay down, it is possible to do so and the suggestions detailed above can help. For emergency cash or a short-term installment loan, even with bad credit, a cash till payday scenario can help when there is nowhere else to turn. Emergencies happen and, when they do, we sometimes aren’t prepared for the cost, which is why advice like this should be embraced and utilized whenever possible.