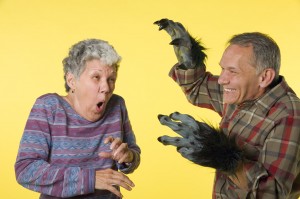 That's a monster of an APR you've got there, First Premier Bank. Give me a payday loan instead!

Back in June of 2009, Deborah Weiss of Personal Money Store reported about how the new credit card laws could backfire on hard-working Americans. It’s unlikely that President Obama or most members of Congress could have predicted then just how much of an end-around some credit card issuers would take in order to avoid the teeth of the new legislation. While the new law caps fees at 25 percent of a card’s credit line, it does not set a cap on interest rates, reports Candice Choi for the AP. Thus, we have a 79.9 percent APR subprime credit card monster, courtesy of First Premier Bank.

Not a Premier to Write Home About

Yes, First Premier Bank is known for offering subprime credit cards – a niche that has its place in a market filled with consumers with less than perfect credit – but this is ridiculous. The new laws are intended to curb abusive practices, and First Premier is taking full advantage of a gigantic loophole. Perhaps Mr. Obama and Congress should have considered that a few months ago? Now that First Premier Bank has set a precedent, I wouldn’t be surprised to see more of this kind of highway robbery.

Here’s how First Premier’s toxic subprime credit card used to work: there was a minimum of $256 in fees for the first year for a credit line of $250. The consumer was in the hole from the beginning. Once the new credit card laws go into effect in February 2010, that fee will be cut down to 25 percent of the credit line.
Starting in February, however, a new law will cap such fees at 25 percent of a card’s credit line. For a card with a $300 limit, that would still be a $75 fee for the first year. So to make up the difference, First Premier puts on the full court press with a 79.9 percent APR. It was previously 9.9 percent.
“It’s the highest on the market. It’s the highest we’ve ever seen,” Anuj Shahani of research firm Synovate told the AP.

But That’s Not All

If paying $20 per month on a $300 isn’t enough for you, there’s a $29 penalty if you pay late or go over the limit. Mess up just once and that’s likely the road you’ll be traveling. First Premier Bank has been offering this kind of credit card black hole primarily to subprime homes with FICO scores under 700. Their catchy come-on is “You might have less-than-perfect credit and we’re OK with that.”
They’re also OK with a 79.9 APR credit card, clearly. A company PR note claimed that they “price (their) product based on the risk associated with this market.”

And This isn’t Some Fly-By-Night Operation

Based out of Sioux Falls, S.D. (a credit card hotbed, along with Minneapolis, Minnesota), claims that First Premier’s card-issuing arm (Premier Bankcard) is “the 10th largest issuer of MasterCard and Visa cards in the country.” They sport “more than 3.5 million customers.” I hope each of them know what they’re in for, potentially.

You Could Have Had a Payday Loan

Imagine the possibilities to save. If you use your credit card in emergencies, you’re paying so much more. And if you have the 79.9 percent APR First Premier Bank card, you’re paying beyond belief. With a payday loan (which isn’t a revolving line of credit in most cases), you’re only paying 15 to 30 percent on the short term loan. If you use a credit card like this monster instead and carry the balance over month to month, you may as well sell yourself into indentured servitude.
Should subprime credit like this be available? Unfortunately I’d say yes, because having choice is better than no choice. But please… friends don’t let friends request a 79.9 APR credit card. First Premier Bank will just have to come to their senses.