Are banks planning to use the payday loan industry’s tactics? 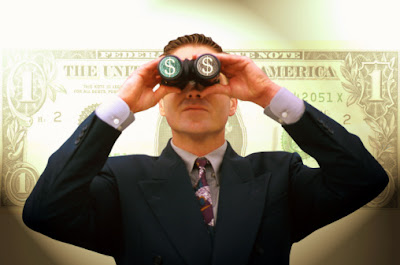 Banks are considering the use of payday advances to supplement the cost of lost overdraft fees totaling $15 billion, due to new rules that regulate how many over draft fees they are allowed to give a person each day. “Effect July 1, the rules will prohibit banks from charging overdraft fees at automated teller machines or on debit cards unless a customer has agreed to pay for exceeding account balances,” states Rowe and Plungis. This new development is to say the least scandalous because just a little while ago, these same banks were trying to alienate the payday loan industry for tactics far less damaging. Do you think this is a coincidence? I think not!

“The smarter banks are trying to resell overdraft protection to consumers as a different product,” said Elizabeth Rowe, group director of banking advisory services at Mercator Advisory Group in Maynard, Massachusetts and of the banks already providing this service, but the catch is that they charge an annual rate of 120 percent. Installment loans and other short term loans online come with interest rates that are a little higher.

These loans are known as “Checking advance products”, states Jeff Plungis. “Banks including Cincinnati-based Fifth Third Bancorp, San Francisco-based Wells Fargo & Co., the fourth-largest U.S. bank, and U.S. Bancorp, based in Minneapolis, are already making such loans, usually from $100 to $500, at annual rates of 120 percent if repaid in 30 days. They’re known as ‘checking advance products.'” According to Jeff Plungis and his source Rowe, who advises banks, this will “put them in competition with so-called payday loan stores, which make loans with similar terms to customers who generally don’t have credit cards.”

Banks refused to be associated with the term “payday loans,” so instead they opted to call their similar service a checking advance product. The payday loan term has received a bad rap from ironically the same industry who now wants to take over, but before you go jumping to get one of these loans, you must remember some claim that these bank checking advances could be, in fact, more damaging than a regular payday loan.

Banks show no mercy when collecting on a short term loan, so using a bank for this service is actually worse for many people. According to Lauren Saunders, managing attorney with the National Consumer Law Center in Washington, who is quoted by Jeff Plungis, states that “A bank has direct access to consumer accounts, meaning its loans will be paid off first, ahead of food, housing or utilities. Sounds pretty scary to me, especially in these hard economic times.