Home > Finance > Payday Loans and Banks are Targeted by the CRL

Payday Loans and Banks are Targeted by the CRL

The Center for Responsible Lending 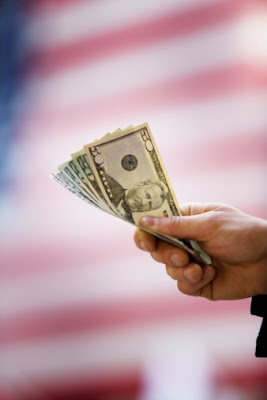 Overdraft fees and payday loans are being targeted by the Center for Responsible Lending, or CRL. Now that the economy is regrouping after the recession, the CRL is officially doing the numbers. The organization is looking to define the term “bad lending” and bring to light policies and procedures that are financially detrimental to the borrowing public. The group has developed a website that showcases the problems with lending that include everything from subprime mortgages, questionable bank policies, and payday loans.

One of the advantages of the CRL website is that consumers can see the official tallies of various sectors and states in terms of lending. For example, the group notes that there were 731,779 total foreclosures in California from the first quarter of 2008 through the third quarter of 2009. That totals up to an increase of 692% since 2006. The startling loss adds up to projections for the near future. The projected future loss in wealth of home value from now until 2012 is estimated to be $627 billion.

What costs the consumer most

The CRL also is targeting the biggest contributors to consumer cost when it comes to bank overdraft fees and payday loans. With bank overdraft fees, there are a lot of criticisms. The fees are a strong driver of bad loan costs. In the past debit cards were considered a cost-effective way of making purchases. Consumers used them to avoid overdraft fees and interest payments that come along with credit card purchases. In recent years, however, debit cards have moved into the area of money drains for consumers who aren’t careful.

In the past if a consumer tried to charge more than they had in their account, the debit card was denied. It was an important safeguard to avoid fees. Today, many large banks are enrolling customers in overdraft programs that allow over-limit charges to go through, but with an added fee. To enroll in the program there is also a monthly charge that eats away at savings. Though the rules are going to change later this year due to the Federal Reserve’s new policies for lenders, as of now about 80% of banks offer the overdraft protection program to their customers.

Payday loans are another area of lending the CRL is concerned with. Though there are some good payday lenders, there are a portion of lenders that fall into the category of predatory lenders according to the CRL. A payday loan is a temporary and short-term loan that consumers look to when they need immediate cash. Those who qualify receive the funds and then write a post-dated check back to the lender. On the date agreed upon, the lender cashes the check and the loan is complete. Studies have shown that many borrowers fall into problems with the loans. For example, if a qualified customer borrows from a payday lender on January 1st, their next paycheck on January 15th is going to pay for the loan. That means that their pay on the 15th is gone. Often times bad budgeting makes it difficult for the consumer to live without their next paycheck and they turn again to the payday lender. They fall into a cycle that is difficult to get out of. The CRL is petitioning for a 36% cap on payday loans although the current average is 400%.

Bad lending in the US

The CRL is pushing for a reassessment of good lending for consumer protection. The reason could be because Congress isn’t pushing the Consumer Financial Protection Agency as hard to revamp lending laws. Though it was a hot topic a few months ago, other priorities have risen to the foreground with legislators. The CRL is hoping to shed light on the problems in banking and payday loans and help to reduce bad lending in the US.